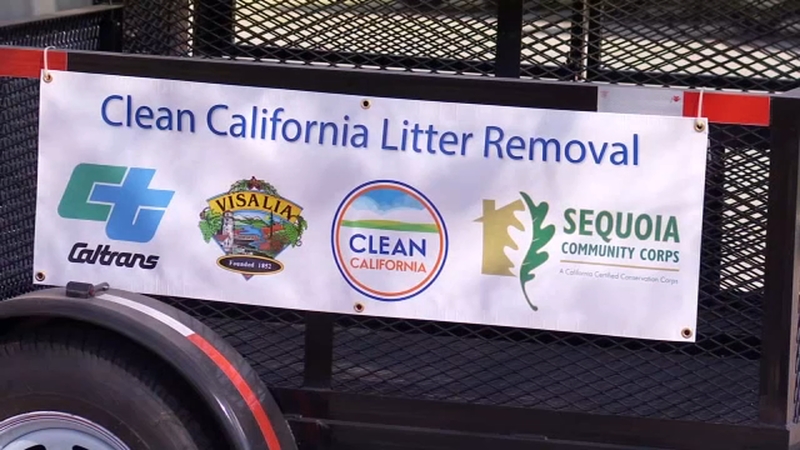 VISALIA, Calif. (KFSN) -- It was a big moment for the city of Visalia Wednesday afternoon.

The launch of the Clean California Litter Removal Program took place, a moment that has been in the works since May.

Visalia Mayor Steve Nelson says this new initiative will focus on cleaning up highways like 198 and 99.

"There is a need and a concern involving the 198," he said. "Now, that is the main way into Visalia, but more importantly, it's the gateway to the Sequoia."

Thanks to the partnership between the City of Visalia, Clean California, Caltrans District 6 and Community Services Employment Training, the initiative is possible.

The goal is to remove litter on the roadways, create jobs and beautify the golden state.

Diane Gomez with Caltrans District 6 says Visalia is the first city in the state to make this commitment and can't wait for it to begin.

She says Caltrans is used to spending too much time picking up litter but now they can focus on making sure the roads are safe for drivers.

"This program allows others to pick it up and allows us to maintain the roads and keep everything moving on state highways," she said.

She says Caltrans is working with neighboring counties like Fresno to join and sign the same agreement.

A partnership she believes will benefit all.