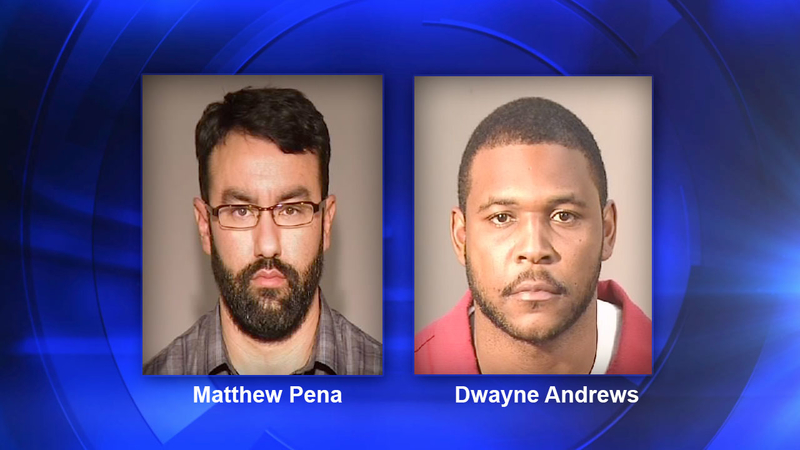 FRESNO, Calif. (KFSN) -- The Clovis High School teacher accused of sex with an underage student had his phone seized at school to prevent him from deleting evidence, according to a search warrant.

"That's going to be used by the police to show evidence of guilt," said ABC30 legal analyst Tony Capozzi. "He's trying not necessarily to abscond, but to get rid of the evidence."

At the same time, a second school employee was texting the girl to find out if he was about to get in trouble.

The investigation by Clovis police is laid out in two separate search warrants. The student told police she was in a sexual relationship with Andrews first, then with Pena. Officers had actually investigated one of the men before, but they didn't have the type of evidence they believe they've found in this case.

As Clovis police questioned a high school senior about her sexual history with two men in positions of power, her phone suddenly came to life.

"Do I need to be worried right now?"

The text came from Dwayne Andrews, according to investigators, and the assistant football coach was arrested a little while later.

Capozzi said that message, and a series of others allegedly from Andrews, don't look good.

"There's no way to explain those away," Capozzi said. "It'd be very, very difficult to come up with some kind of explanation that doesn't deal with the charges in this case."

The girl told police she and Andrews had a sexual relationship for about six months, all while she was 17. She believed he even recorded some of the acts on a cell phone. When police served a search warrant at his home, they seized a phone as well as a DVD labeled as a "sex tape."

Investigators only found out about Andrews while asking the girl about Matt Pena. Another warrant indicates they'd investigated Pena once before, when Clovis East parents suspected he was having a sexual relationship with their 14-year-old daughter. He was never charged with a crime and continued working in schools for seven more years until his arrest in January.

"The prosecution may be able to use that, if and only if they can prove it actually happened," Capozzi said. "The mere fact that there are allegations is not enough to bring that into court. There has to be something to back that up."

The Clovis High senior also told police she and Pena sent each other explicit material on their cell phones. Capozzi says Pena and Andrews won't have much in their defense if there's video or photos, and neither could easily claim he didn't know how young the girl was.

"The problem is, he's a school teacher," Capozzi said. "He knows these students and surely knew this person, so it's going to be tough to say it never happened, especially if there are pictures or video."

Pena's attorney tells Action News his client's pregnant wife is standing by her husband. Both men are due back in court later this month.