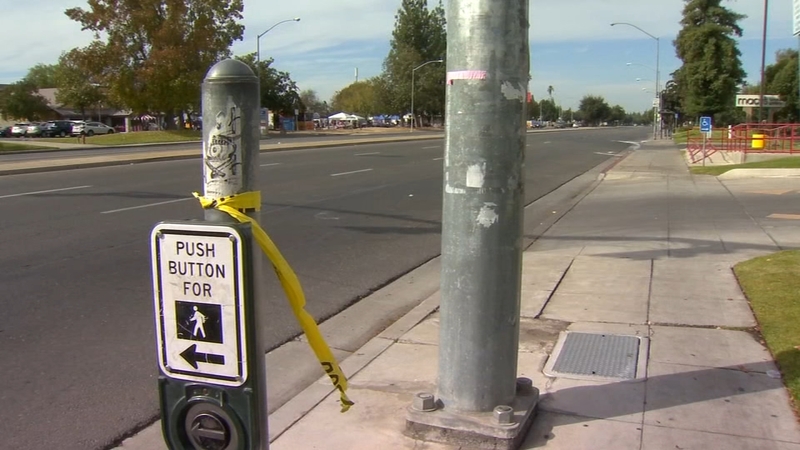 CLOVIS, Calif. (KFSN) -- A Clovis man is dead after the motorcycle he was riding crashed into a trailer early on Sunday morning.

Fresno police say the crash happened in northeast Fresno at about 5:30 am.

Witnesses told police the motorcyclist was speeding westbound on Shaw Avenue, ran a red light on Cedar Avenue, and hit the back of a trailer being pulled by a van traveling northbound on Cedar turning west onto Shaw.

He was thrown from his bike upon impact, and died at the scene.

Police say the man was a Clovis resident but are not releasing any further details on his identity.

The driver of the van remained on the scene and was cooperative with the investigation, police say. No other person was injured and officers do not yet know if drugs or alcohol were a factor in the crash.