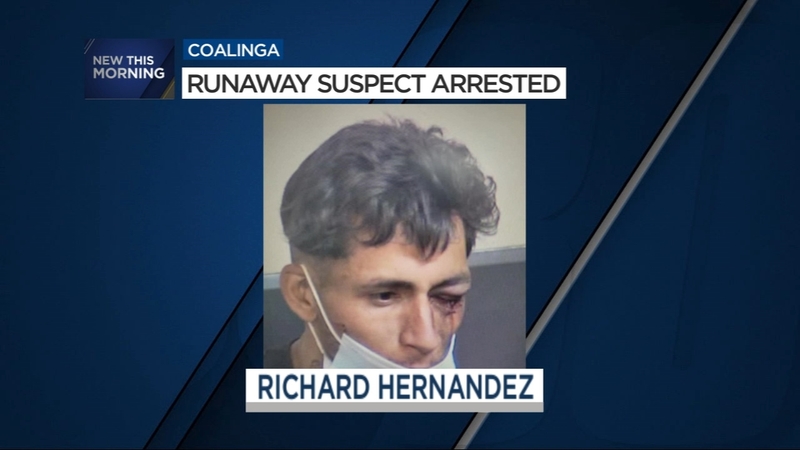 Despite the crash, police eventually found and arrested the runaway suspect.

Police responded to the Coalinga Motel on Polk Avenue following reports of a possible vehicle theft in progress on Friday.

When officers tried pulling the suspect, Richard Hernandez, over, he led police on a chase that stretched into Kings County.

Hernandez eventually crashed into a fence at Highway 41 near Nevada Avenue.

A Coalinga Police officer in pursuit also lost control of his car, swerving into an empty canal and overturning several times.

The officer and a K-9 inside that police unit got out of the overturned car safely.

The officer and K-9 are said to be doing fine.