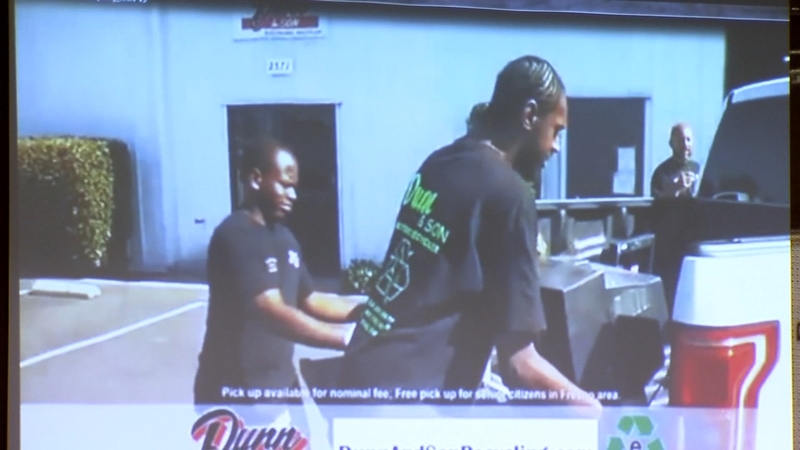 FRESNO, Calif. (KFSN) -- The shouting match and bad blood were clear in the courtroom hallway Monday as both sides collided.

Inside the courtroom, surveillance video was shown that investigators say ties the defendants to the homicide.

Not only that, officers say one of the last numbers to call the victim day of the murder came from a phone police traced back to Marquise Graves.

"It made reference to somebody doing a lick, spelled licc, and then something about getting out of the game."

Detective Yee testified a lick is usually a robbery, but tying Graves and Jahleel McGruder to the homicide was not as simple.

Officers found the car they believed was the same one and put a GPS tracker on it.

The Nissan went to a business that detectives believe both suspects worked.

"I was sitting out on the street. I pulled up the business on the internet which returned a hit, and saw that a photograph was attached to that business website," said Detective Yee.

The picture was shown in court, as part a company promotional video, investigators noted a man strikingly similar to McGruder featured in it. Officers say he was wearing the same shirt along with graves at the scene of the homicide.

Officers believe the suspects took drugs and money from the victim.