The Responsible Neighborhood Market Act takes effect in 30 days, limiting liquor licenses and eliminating some of them.
KFSN
By Corin Hoggard
FRESNO, Calif. (KFSN) -- Liquor licenses are about to be harder to come by in the city of Fresno after a youth movement lasted eight years and pushed the city to make major change, despite opposition from developers.

Those kids are mostly adults now, but their fellow Roosevelt Rough Riders are still sending messages to city council, even when they can't come to City Hall on a school day.

"What we want and asked for is having community gardens, safe walking past a school, clean parks, and access to parks," said Nicole Lee in a recorded message delivered by a Youth Leadership Institute representative.

Their plan came to fruition Tuesday, but not without opposition from some developers who warned of unintended consequences - like preventing grocery stores from opening when they can't get liquor licenses.

"We believe it is important for the city to promote more walkable grocery uses, especially in the era of COVID," said John Kinsey, an attorney with Wanger Jones Helsley, who represent the developer Granville Homes.

"This council supports grocery stores," Council Member Nelson Esparza emphasized. "We will bend over backwards to get more grocery stores especially in our communities that are currently food deserts."

An oasis of liquor stores frequently exists inside those food deserts.

The state's Alcoholic Beverage Control recommends 1 liquor license for every 2500 residents. In south Fresno, there are 1 for every 500 residents - five times as many as recommended.

And you can see it in action on a corner like at Olive and Peach where there are three convenience stores, each selling liquor.

"No grocery store will come in to a block that has three liquor stores," said Fresno City Council President Miguel Arias. "One, because there's a saturation of alcohol. Two, because of the nuisance and crime it attracts. And three, because there isn't any disposable income left in that neighborhood."

The city council pledged to carve out an exemption for grocery stores and to examine reducing fees to make up for more expensive liquor licenses. 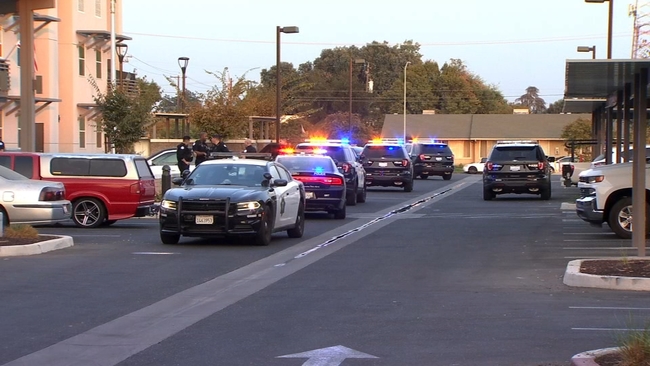