Group of volunteers with special connection helping out at 'Extreme Makeover: Home Edition' in Clovis 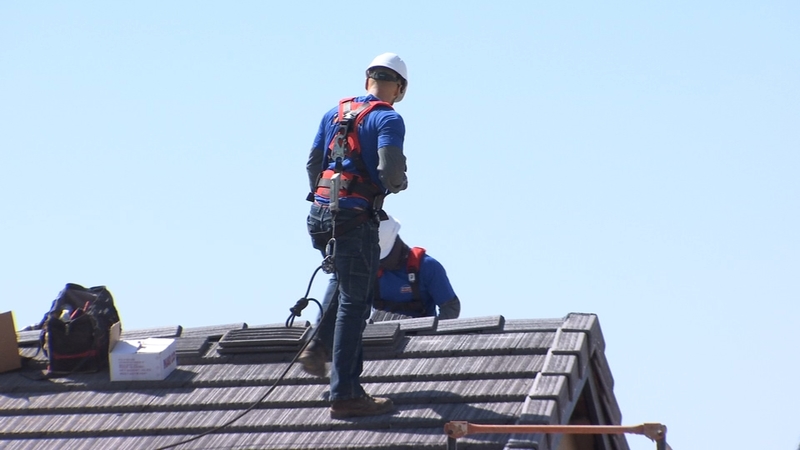 Group of volunteers helping out at 'Extreme Makeover: Home Edition' in Clovis

CLOVIS, Calif. (KFSN) -- The walls are up and the roof is almost done on a new house that will be the new home to a Central California firefighter.

HGTV's "Extreme Makeover: Home Edition" is behind the project that will give Nick Reeder a new beginning after the loss of his wife Amanda Sawyer.

"As a family, as a CAL FIRE Family we all want to rally around our fellow brothers and sisters to support them in their time of need," says Mark Johnson CAL FIRE Unit Chief.

For nearly 20 years Reeder has worked for CAL FIRE.

This week his fellow firefighters are volunteering on their days off to help out with the construction at the site in Clovis.

They have been by his side since Amanda died shortly after giving birth to his twin girls.

Bigelow is a fellow firefighter, he has worked with Reeder for 15 years and is a close friend.

He saw first-hand the struggles Reeder went through in the past year.

Reeder had to sell his home and move into a small apartment to raise the twins and his older daughter who is four years old.

"Unfortunately Nick suffered a tragedy that no one should have to suffer. It is just great to be able to be here and lend that support to him and his family and see them get a new start in life as it were," says Bigelow.

The men and women of CAL FIRE are working on special projects inside the home designed specifically for Nick and his girls.

Bigelow says they are top secret but knows Nick will love it.