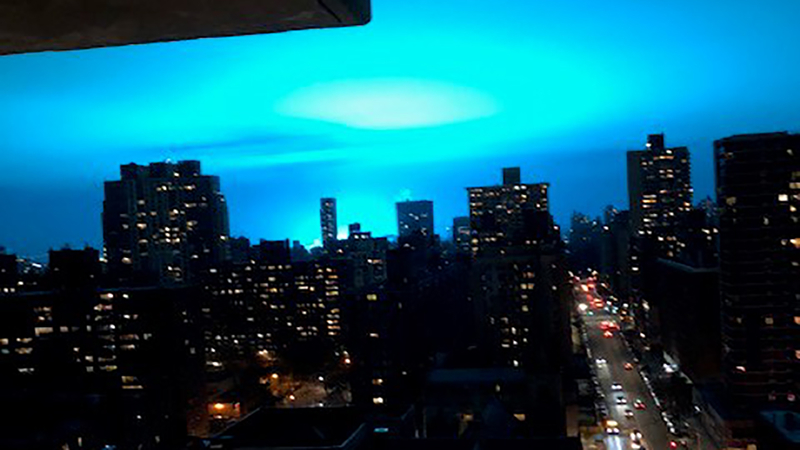 ASTORIA, Queens -- Authorities are investigating a transformer explosion at a power plant that lit up the sky over Queens, New York, on Thursday night.

It happened shortly after 9 p.m..

New Yorkers reported seeing massive blue lights in the city following the explosion and took to social media to share photos and videos.

Looks like a transformer at the Con Ed plant blew. Fire seems to be out now. Is everyone ok? pic.twitter.com/lydIkhYMy5

Fire officials said they were fielding numerous calls for reports of explosions in the Long Island City and Astoria areas.

The NYPD said a fire caused by the explosion was placed under control.

According to Con Ed, the transformer explosion was caused by a transmission dip at its Astoria substation. Mayor Bill de Blasio's office said the blue light was caused by an electrical surge at the substation.

The mayor's office says there are scattered power outages, including at LaGuardia Airport. There was a total operations halt at the airport for about a half hour before flights resumed but travelers are advised to expect delays.

What is happening in queens?!!!! It’s humming and changing psychedelic colors... tons of sirens?!! pic.twitter.com/xkskHdzOxo

No customer outages have been reported. Con Ed says all power lines serving the area are in service and the system is stable.