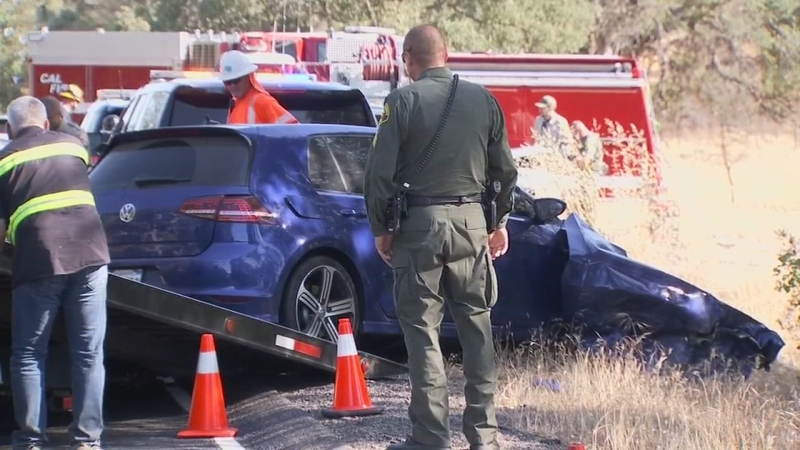 Officials say a male driver in his 50's was trying to pass another vehicle by driving into oncoming traffic in a lawful passing zone. That is when he collided with another car driving in the other direction.

"Although they were passing, you can only do so when it's safe to do, so with Fourth of July coming up, it's really important to remember to take time to slow down. Take time to get where you're going safely," said Sgt. Chris Finnegan.

The driver of the other vehicle died on impact. Her identity has not been released but we do know the driver is a female.

The other driver who is said to have caused the crash was life-flighted to the hospital with major injuries.

Roads were closed for several hours as crews cleared the vehicles from the road.