Officials say military personnel from different branches, including 200 Marines and 10 members of the Navy, are arriving 'very shortly' to help battle the flames.
KFSN
By ABC30.Com Staff
FRESNO, Calif. (KFSN) -- The Creek Fire was first sparked on Friday, September 4, and 271,938 acres have burned as of Saturday evening with 25% containment. At least 913 structures have been damaged or destroyed, and 8,063 are threatened. Officials say 30,000 residents of Fresno County and 15,000 residents of Madera County have been evacuated. 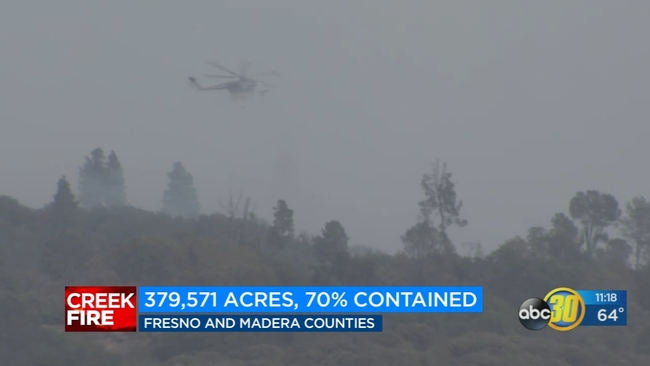 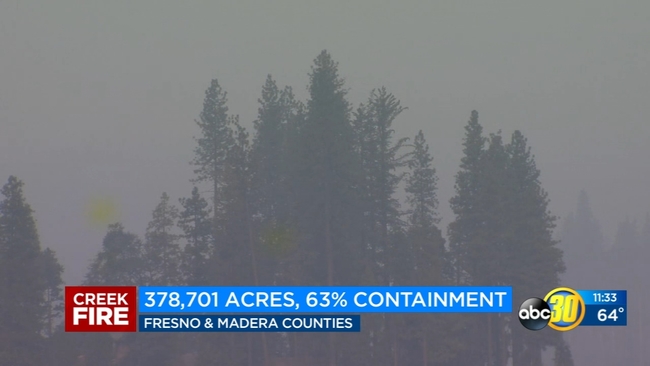 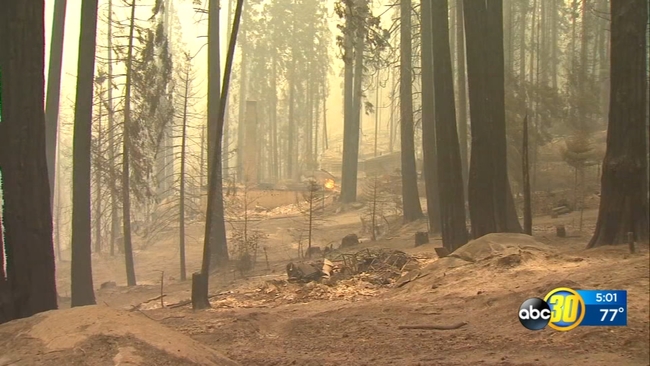 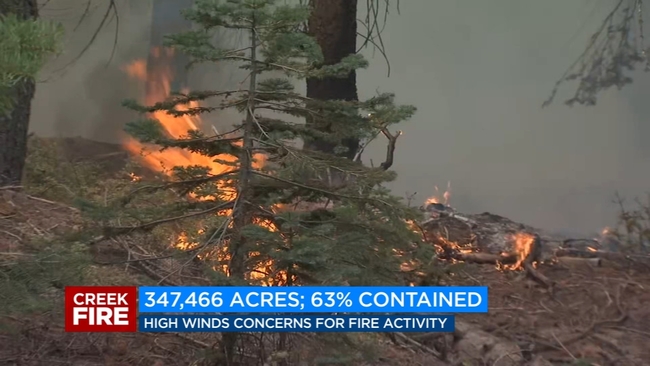