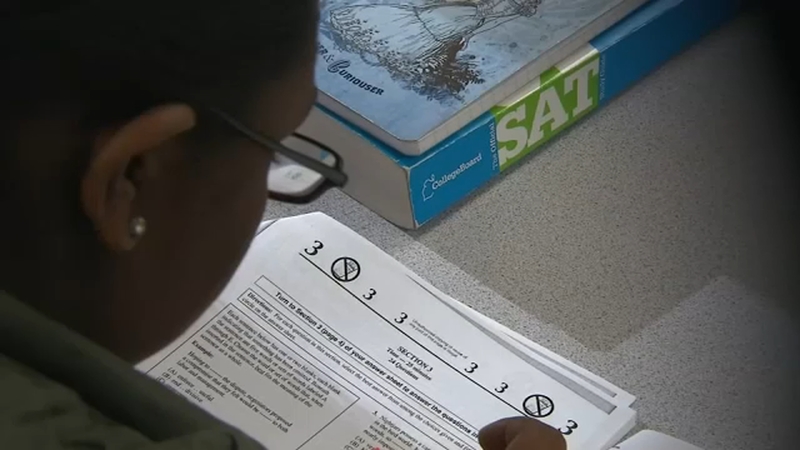 FRESNO, Calif. (KFSN) -- Students applying to Cal State schools have one less requirement to worry about.

California State University's Board of Trustees voted to amend Title 5 of the California Code of Regulations to remove SAT and ACT tests as a requirement for undergraduate admissions to the 23 campuses, including Fresno State.

"There was a feeling of inequity for some lower-income students and just what has happened in the past with some scandal stuff," said Joshua Grasmick of Essential Test Prep. "I think there is a bitter taste."

The move comes after the University of California's Board of Regents voted last year to drop the tests at its nine undergraduate campuses.

For some students and parents, the news will come as a relief that CSU and UC schools will now be more accessible. But Grasmick says not all parents will feel the same.

"I think that's my worry if I am trying to get my kid to go to a Cal State, is that right now what is the criteria for admission," he asked. "Why would my kid not get accepted but another kid would? I think it's completely subjective right now."

Grasmick says if you are even considering applying to a school anywhere outside of California, you should take the test.

Taking scholarships and grants into consideration, it could quite literally pay off.

According to the National Center for Fair and Open Testing, there are now over 1,800 accredited four-year universities that have done away with the ACT or SAT requirement.