He also resigned from his position with the city Wednesday.
KFSN
By Corin Hoggard 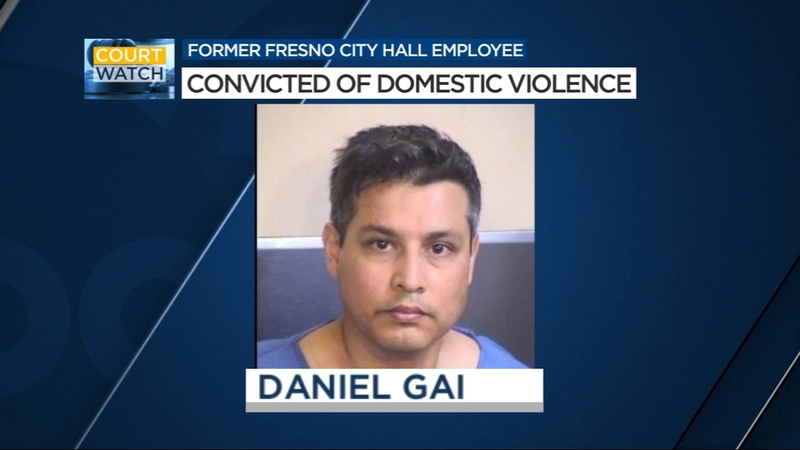 The city council assistant to Councilmember Garry Bredefeld pleaded no contest Tuesday to corporal injury, child abuse and endangerment, and three counts of assault by means likely to cause great bodily injury.

He also resigned from his position with the city Wednesday.

Fresno County sheriff's deputies who arrested Gai said he had come home drunk and fought with his then-girlfriend.

They say he threw her to the floor, choked her, and threatened to kill her.

Deputies say he also attacked another woman and later knocked down his girlfriend while she held her baby.

Gai went to trial this week to fight two charges of making criminal threats, which are felony strikes.

His defense attorney, Eric Schweitzer, tells Action News Gai became intoxicated after drinking several shots of whiskey.
Voluntary intoxication can sometimes be used as a defense in specific intent crimes, including criminal threats.
They also believe someone slipped drugs in something Gai had to drink, increasing his level of impairment.

Councilmember Bredefeld testified in support of Gai at his trial as a character witness.

A judge will rule on the remaining charges later this month.