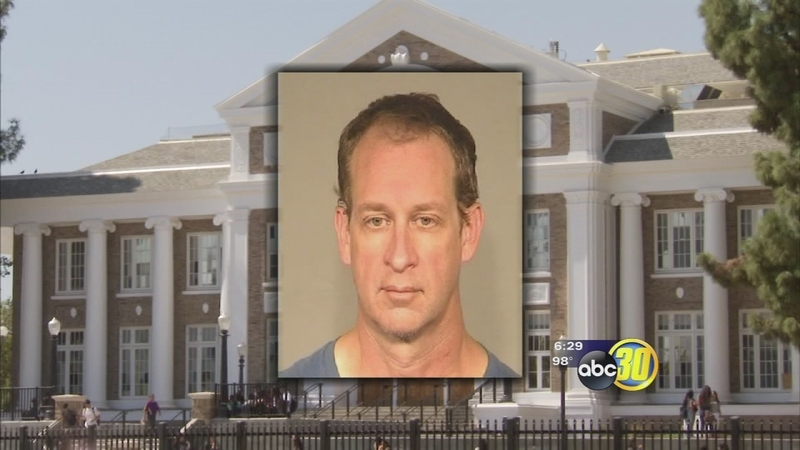 Klassen has been placed on administrative leave following his arrest. Officers believe he was having a two year relationship with one of his students at Fresno High. Students at the school were in disbelief that one of their own teachers had been taken to jail for having sex with a student.

Senior Karla Navarro said, "I would not expect that from him. When I heard that I was like Oh my God, because I wouldn't have thought he'd have done that."

The 46-year-old from Clovis was taken into custody at 6pm Thursday night.

Lt. Jeff Motoyasu with the Fresno Police Department said, "He was out in a public area when we arrested him."

Police say they first learned about the alleged crimes on Thursday, after officers received a call from the victim's family.

Lt. Motoyasu explained, "She decided to end the relationship at which time she decided to divulge it to family members. They immediately requested that the police get involved."

A lengthy investigation with the victim revealed she began the relationship with Darren Klassen two years ago when she was just 15-years-old. Officers say she was a student of his and the alleged crimes occurred at various locations.

Lt. Motoyasu said, "It's very important we investigate these and try to determine the facts early on because students and parents are all concerned about this. So, that's why it's very important."

Miguel Arias with the Fresno Unified School District said, "Our primary concern right now is to make sure our students are safe and secure and we have made available additional counselors at the school sites today."

Darren Klassen is also a faculty member at Fresno City College and the Madera Center. Police do not believe there are any more victims in this case.