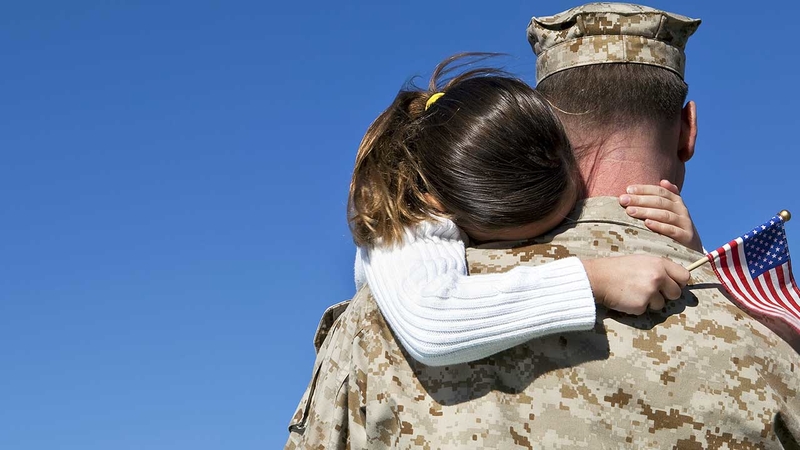 A man who pleaded guilty to creating a charity purportedly to send military families on trips before pocketing most of the money himself is now serving time for his crime.

John Shannon Simpson raised nearly half a million dollars through "Marines and Mickey" and claimed that all of the proceeds would go toward helping military families, including sending them on trips to Disney World and sending families to see their loved ones' graduations from boot camp in South Carolina and California.

Less than 20 percent of the funds were used for the charity's alleged purpose, according to a Wednesday FBI press release. Instead, most of the money went directly to Simpson.

"It's such an affront to the Marine Corps values that someone had the audacity to take advantage of their service members for financial gain-while pretending to have those same military values himself when he did not," said Special Agent Tiffany Baker, who worked on the investigation. "It's just a really egregious case."

Simpson pleaded guilty to wire fraud in April and has now been sentenced to four years in prison.

A Department of Justice press release details one instance in which Simpson hosted a fundraiser in New York for the family of a Marine -- whose daughter was sick with cancer -- to go on a trip to Disney World. The fundraiser stated that all proceeds would go to the family for the trip and to help with their needs. When the girl died before she could go on the trip, her family requested that the trip be transferred to another Marine family. While that family did go on the trip, Simpson pocketed $3,200 from the event.

One of the primary victims was a Gold Star mother, who personally donated $75,000 to Simpson's supposed charity. That mother had lost her son, a Marine, when a shooter opened fire at a military center in Chattanooga, Tennessee, in July 2015.

A friend of this mother became suspicious and contacted authorities. The Federal Bureau of Investigations and the Naval Criminal Investigative Service began looking into the case.

Simpson's scam went on from 2014 to 2016. He was able to gain the trust of his victims in part by posing as a career military man, according to investigators. In reality, he served in the Marines for five years in the 1990s, but he was a lower rank than he claimed, and he was given a bad-conduct discharge after going AWOL.

In addition to his prison time, Simpson will be ordered to pay $141,709.44 in restitution to his victims, according to the DOJ.

The Federal Trade Commission recommends doing research anytime you want to give to a new charity. Some resources include the Better Business Bureau's Wise Giving Alliance and Charity Navigator.