Your Voice Your Vote: Phil Arballo takes on incumbent Devin Nunes in District 22

The 22nd district includes portions of both Fresno and Tulare counties.
KFSN
By Dale Yurong 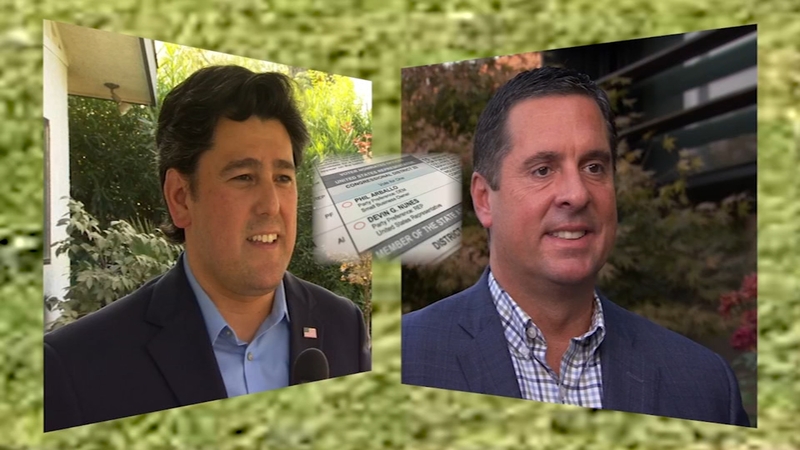 Your Voice Your Vote: Phil Arballo takes on incumbent Devin Nunes in District 22

District 22 included portions of both Fresno and Tulare counties.

When nine-term Congressman Devin Nunes was first elected in 2002, his Democratic opponent Phil Arballo was still a student at Fresno State.

Arballo declared, "It's time for different representation, a Latino member of Congress. We represent 49% of this district."

Arballo was banking on a demographic shift, more Latinos, to give him a lift during the election.

Fresno State Political Science professor Thomas Holyoke said, "Maybe they have but probably not enough to unseat a senior, powerful Republican in the House of Representatives."

Nunes remained the ranking member of the House Intelligence Committee. He said his focus locally has never changed.

Nunes explained, "When I set out to do this, I am prioritizing what's important to the Valley so it's always water, it's always healthcare, it's always trade."

Arballo claimed more voters saw Nunes as out of touch on Valley issues.

Arballo said, "There is no separation between Donald Trump and Devin Nunes. They want someone that is not trying to push a political agenda, that is not a career politician."

But Nunes dismissed the accusation. He countered, "You get up every day, put your boots on and you go to work and you ignore the negativity."

Holyoke didn't think Nunes' close ties to the president would hinder him in the 22nd district, where Republicans held a 39-33% voter registration edge. 20% listed 'No Party Preference'.

Holyoke said, "It's a Republican district. It's really an uphill slog for any Democrat."

Nunes maintained he has helped secure more water for Valley farming communities. He continued, "I also focus on the trade issue that impacts the valley and we're making great progress in there if you look at the new agreements with Mexico and Canada."

Arballo is a small business owner.

Nunes is a well-funded incumbent who's able to run non-stop TV campaign ads.

Holyoke said, "Nunes will probably go through at least $20 million."

Arballo figured, "You don't acknowledge your opponent in a race if you don't feel threatened by them."