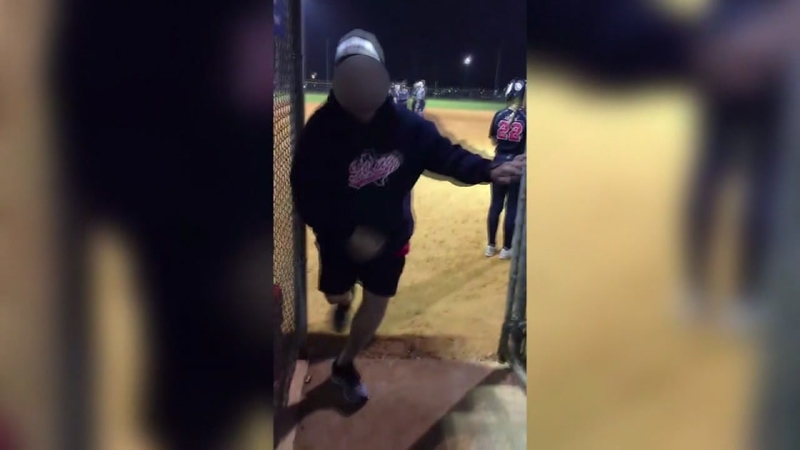 CYPRESS, Texas -- Deputies are investigating a brawl on a field where a softball coach allegedly attacked a grandmother in the stands.

A 60-year-old grandmother went to her granddaughter's softball game on Saturday.

Now on Sunday, she has bruises on her body and a sore neck. She also has cellphone video that she says shows how she was injured.

"I was watching the game when I heard someone cursing and yelling," she said.

Donna Edwards said she pulled out her cellphone and hit record to document the behavior. The video shows the teenager making a hand gesture at her.

A few seconds later, the video shows a coach opening the gate, yelling at Edwards, and lunging toward her. The video ends during what appears to be a struggle.

"The kid who I was recording is his son," Edwards said. "I was tackled and hit the concrete. I don't remember what happened next. I think I was knocked out. That guy was trying to get the phone. My son pulled him off of me."

Her adult son saw the incident and rushed to her defense.

Edwards filed a report with the Harris County Sheriff's Office and also contacted the league that oversees the softball tournaments. Because no charge has been filed, ABC13 is not identifying the coach or the team he was coaching.

Edwards said her cellphone took a beating Saturday, but she's glad it worked when she needed it.