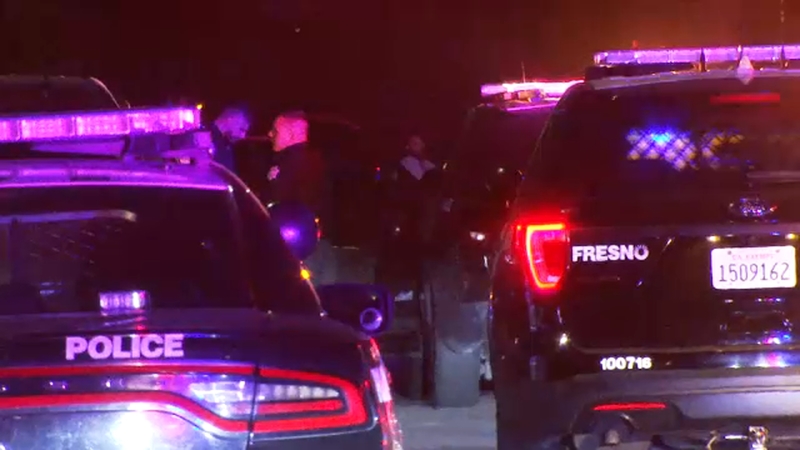 FRESNO, Calif. (KFSN) -- Authorities are investigating two shootings in downtown Fresno that they believe may be connected.

The shootings happened less than a mile away from each other.

Fresno police officers got a call about a gunshot victim at about 1:15 am near E and Monterey Streets.

Officers found a man in his 50s who had been shot in his lower body.

He was taken to the hospital and is expected to recover.

Less than an hour later, police received another call about a man trying to break into a home on Lily near Lotus Avenues, located less than a mile south of E and Monterey.

Investigators said there was a physical fight between the suspect and the residents. At some point, the suspect shot himself in the hip.

The suspect was taken into custody and transported to a hospital for treatment. No further information about him was immediately available.

He'll be charged with robbery and possession of a firearm. Police say he could face more charges as detectives investigate the break-in and earlier shooting.

"Detectives are still trying to determine if he's the person responsible for the shooting 30 minutes prior," said Fresno Police Lt. Brian Valles. "Being that the immediate proximity and the bullets are similar, we believe there's a strong possibility that this individual is."

Officers found shell casings from the first shooting, so they'll be looking to see if the bullets from both incidents match, police said.

The shooting victim is recovering at the hospital, but police say he will be brought in for a photo lineup to see if the man in custody was also the man who shot him.