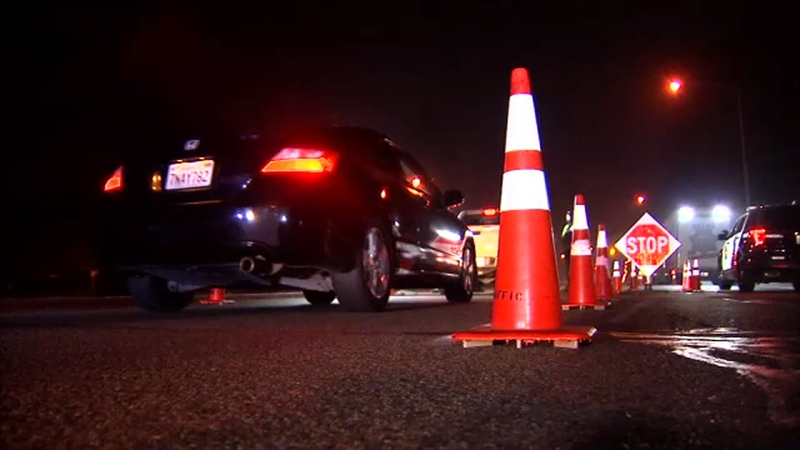 FRESNO, Calif. (KFSN) -- The Fresno County District Attorney's office is taking action to hold impaired drivers accountable - with the help of a more than a half-million-dollar grant.

A specialized prosecution team within the Fresno County District Attorney's office that focuses solely on DUI cases will continue to grow thanks to a $505,500 grant.

"At the rate that our office filed cases last year, it was enough in one of every 200 people in Fresno County was arrested for and had a case filed for driving under the influence," said Deputy DA Steven Ueltzen.

The grant from the California Office of Traffic Safety is double the amount the agency received last year.

The money will help expand the program while allowing the DA's office to more aggressively prosecute DUI cases.

"We have had a consistent problem in Fresno County with driving impaired and causing injuries," Uteltzen said. "This allows us to dedicate quite literally twice the resources to that prosecution."

The grant also allows the specialized prosecution team to work with local law enforcement agencies to better manage driving impaired cases -- which officials say they've seen an uptick in throughout the pandemic.

"It helps us, since COVID and what's gone on the last 18 months there is such a backlog over at the DA's office trying to get these crimes prosecuted and get people through the system," says Fresno Police Sgt. Mark Van Wyhe.

Fresno Police say the goal is to not only enforce the laws but also educate the public and get offenders back into society safely.

"They made a poor choice, they made a bad decision and hopefully they learn from it. We can get them back, get a license for them, get them insured and curb this behavior and change the way people think and this will help get back on track," said Van Wyhe.

The previous grant, which ran from October of last year through this September, supported the prosecution team's filing of 148 DUI cases, including 18 DUI drug and alcohol combination cases.

"What could have sometimes in cases take up to three to five years to get to a resolution, we're hoping to put our foot on the gas pedal on those cases," said Ueltzen.
Report a correction or typo
Related topics:
fresnodui
Copyright © 2022 KFSN-TV. All Rights Reserved.
TOP STORIES
Man charged with murder of 2-year-old whose father died a year earlier
How reliable are rapid tests? Dr. explains when to depend on results
Is there home appraisal bias in Fresno? Professionals weigh in
Housing Watch: Million-dollar homes at Ventana Hills in Fresno County
Valley Children's Hospital delaying some non-urgent surgeries
Good Sports: Fresno woman gains recognition with indoor rowing
Valley ag business continues to feel impact of supply chain issues
Show More
Family of 5 displaced after house fire in southwest Fresno
Merced police searching for missing 87-year-old man
Website for free COVID tests is here. How does it work?
Biden, 1 year in, says nation weary from COVID but in a better place
Man suffered severe burns after explosion at Table Mountain Casino
More TOP STORIES News