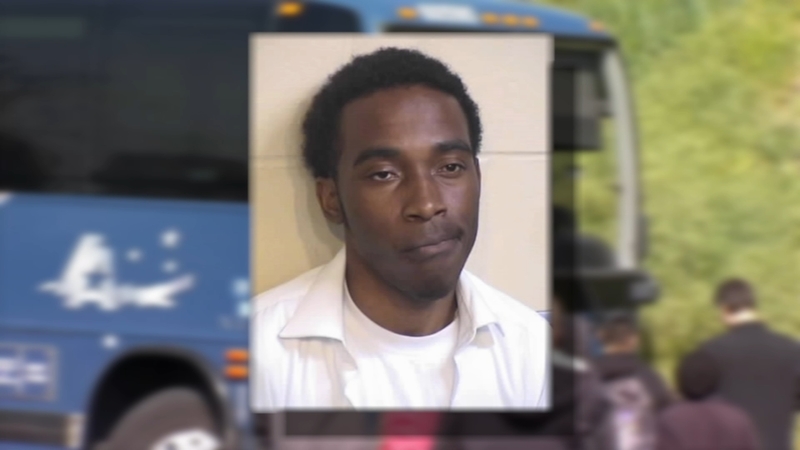 FRESNO, Calif. (KFSN) -- He got high, drove a Greyhound bus, crashed it in Fresno, and injured 11 passengers.

"He put all of those passengers at risk as well as every individual driving on the freeway between Sacramento and Fresno," said prosecutor Jason Conklin.

A judge sentenced Castillo to more than two years in prison, but the 29-year-old will have new legal issues to face.

By the time the Greyhound bus got wedged in a dirt hill, the driver had swerved for miles and bounced off a concrete embankment between Highways 99 and 180.

"The women were screaming," said passenger Jose Gonzalez. "We men were just hanging to the seats."

Eleven of the 38 passengers suffered injuries, but none of them were very serious, according to investigators.

CHP officers noticed the driver was lethargic and confused, his speech was slurred, and his eyes were red. They found out why when they looked through his belongings.

Ashton Castillo admitted to felony driving under the influence and a judge sentenced him to prison Wednesday.

But getting cuffed in court won't be the last of his worries.

Four of the passengers have filed a lawsuit against Castillo and Greyhound.

They say the driver could barely open his eyes when he showed up two hours late for their trip from Sacramento to Los Angeles.

After the crash, they found out the DMV had notified Greyhound two days earlier that Castillo's license was suspended for a failure to appear on an unknown charge.

"What happened in those two days in between?" asked legal analyst Tony Capozzi. "Why wasn't he pulled? Why wasn't he taken from the active roster of drivers? That's a question that needs to be answered."

Greyhound representatives did not respond to questions about the case from Action News and so far, they haven't responded to the court case either.

Capozzi said it looks like Greyhound will have to pay up for medical expenses and other damages, but the damages will be limited since nobody suffered major injuries.

"I don't see this as a millions and millions of dollars kind of a case," Capozzi said.