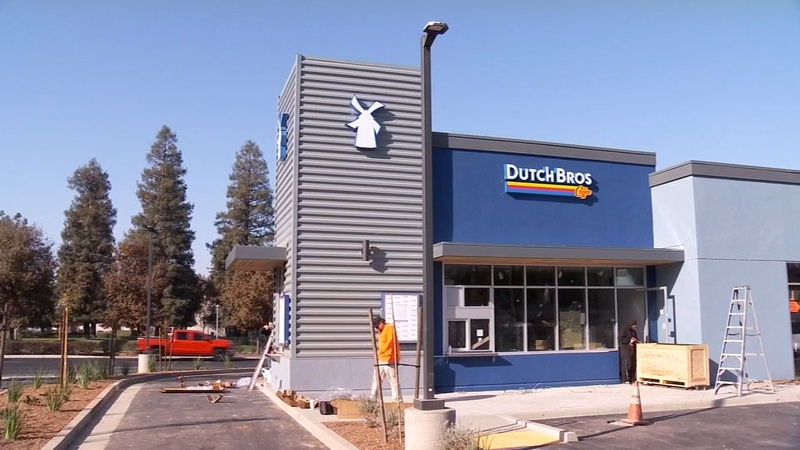 Dutch Bros Coffee, the popular drive-through coffee chain, is part of a new development on Mooney Boulevard, south of Highway 198.

The building will also include Ono Hawaiian BBQ and another tenant that is still to be determined.

JR Shannon, the property's owner, says he's excited to be bringing Dutch Bros to Visalia because residents have been asking for one.

"I pay attention to when people speak and what they're looking for and so once I got this property, they were the number one on my list to go approach," Shannon said.

The Dutch Bros is expected to open by Christmas.

Another Dutch Bros on the west side of Visalia is also under construction.
Report a correction or typo
Related topics:
societyvisaliabusinesscoffee
Copyright © 2021 KFSN-TV. All Rights Reserved.
More Videos
From CNN Newsource affiliates
TOP STORIES