The children were described as two boys and one girl, all under age 3.
KABC
By ABC7.com staff 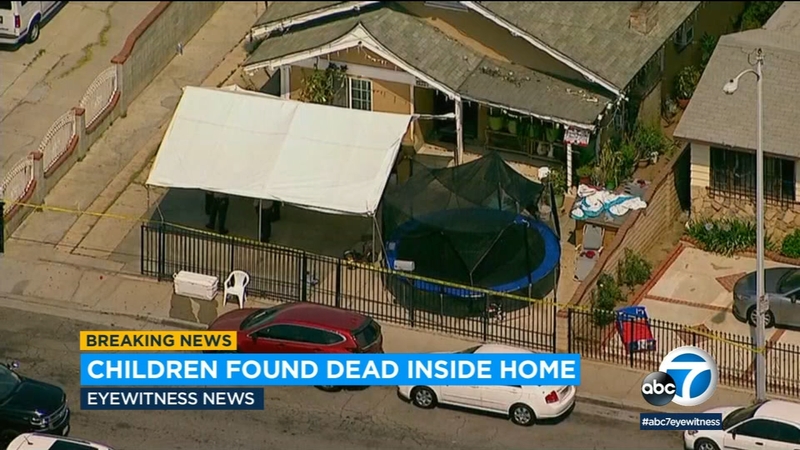 LOS ANGELES -- A 28-year-old mother has been detained as a "person of interest" after her three young children were found dead in the family's Los Angeles home on Monday, officials say.

Their suspected causes of death have not been determined, but officials say there were no indications of a shooting.

Lt. Chuck Calderaro with the LASD homicide bureau said the biological mother of the children was detained for questioning as a person of interest. She and another family member were home at the time authorities responded. The children's father was not home at the time.

"At this point it's very preliminary in the investigation," Calderaro said. "We know the children were in a bedroom within the house. As far as cause of death that's unknown at this time and that's under investigation."

Neighbors and other family members said one of the children was a baby, roughly six months old.

Investigators referred to the deaths as "suspicious" but were not releasing additional details about any suspects or circumstances.