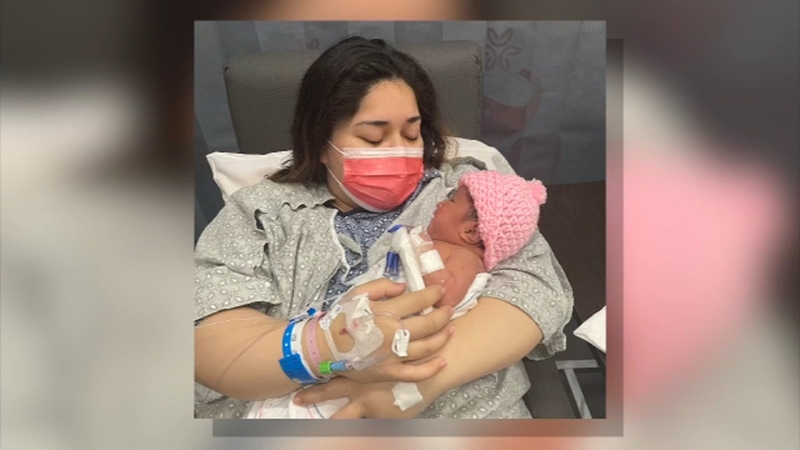 FRESNO, Calif. (KFSN) -- California's Employment Development Department is facing another wave of fraud, only this time it's impacting disability claims -- including money that should be going to new moms.

Near the end of 2021, the EDD noticed an unusual uptick in online accounts. The agency says it received tens of thousands of new online medical and health provider account registrations.

The EDD froze hundreds of thousands of claims -- as officials investigated what they called an "identity theft scam involving suspected organized criminal elements."

The investigation is ongoing, but an EDD spokesperson tells Action News they've filtered out the fraudulent medical provider accounts and say so far, only 3% were found to be legitimate.

Among the hundreds of thousands of accounts that were frozen, a first-time mom in chowchilla had to figure out how to pay her bills, on top of going to school and navigating the world of parenting.

Edna filed for disability on January 4 and gave birth to her daughter, Isla, on January 17. The birth came after 24 hours in labor and complications.

She says, "They just said, 'Let's get you into an emergency C-section because we need to make sure everything's okay.'"

Isla spent almost a week in the NICU at Mercy Medical Center in Merced. Little did Edna know, that wouldn't be the last hurdle her new family faced.

She's been dipping into savings to cover costs as her disability benefits stay in limbo, saying, "Yeah, I'm waiting, but my bills don't wait."

Along with making calls, Edna recently stood in line for three hours, provided copies of paperwork, and verified her identity, but the issue still wasn't resolved.

Edna says, "I even had my baby with me and they're still like, 'We can't do anything for you. You're going to have to wait.'"

Per the EDD, whether you apply online or by mail, benefit payments are issued within two weeks of receiving the completed claim. Time frames can vary on a case-by-case basis.

While they did not have a spokesperson available for an interview, they did say they're dealing with a backlog associated with disability fraud.

Toward the end of 2021, they suspended account activity for more than 27,000 suspicious medical providers. 345,000 claims were associated with those providers or other suspicious activity and suspended as well.

Edna doesn't know if her claim was flagged, but like many dealing with the impacts of this backlog, she wants answers. She says baby Isla is her motivation to get them.

Vellis says, "I just look at her and it's all worth it. She's my everything so she's definitely the one that's getting me through it."

Action News reached out to Senator Ana Caballero's office -- and we connected her team with Edna.