Program shows it is never too early for outdoor playtime 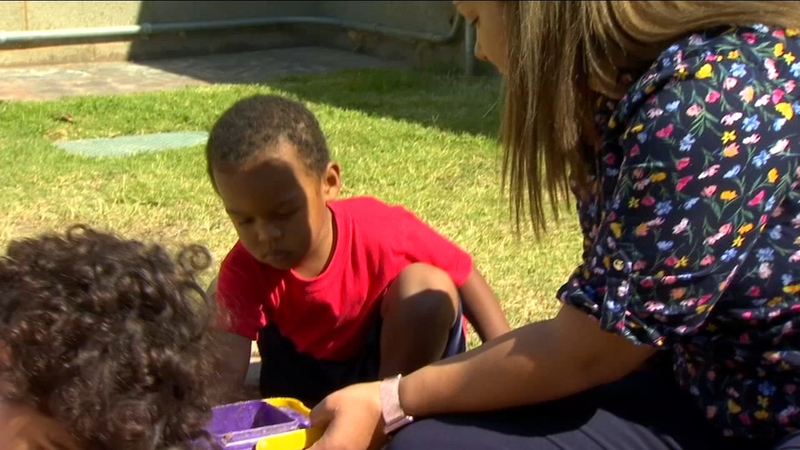 Program shows it is never too early for outdoor playtime

FRESNO, Calif. (KFSN) -- From the physical health of our kids to their cognitive, social and emotional development, outdoor play is crucial, especially in the early years.

A number of studies show that by kindergarten, 90 percent of a child's brain has already developed.

That's why experts say it is vital to expose kids to the outdoors as much as possible from birth to the pre-school years.

Even in this world of technology, time outside always beats screen time.

"He does have an iPad, but if we tell him it's time to go outside, he'll drop the iPad in a heartbeat and head for the door."

He gets that outdoor fun twice a day at a child development center in Downtown Fresno called the Lighthouse for Children.

It is a partnership between First 5 Fresno County and Fresno County Superintendent of Schools where Barbara also happens to be a site supervisor.

"Zero to five is such a critical period of learning and development. It is very important that children have these early learning opportunities to really dive deep into an outdoor environment like this that really supports their growth and development across all domains."

They hope that strategic play time in the early years will pay off in later years.

"They are learning those basics and gaining an interest through play so that it'll support them when they move into higher academics because they've made an early connection."

At the Lighthouse, the outdoor space is a top priority for all age groups that are enrolled, from as young as six weeks, all the way through pre-school.

"Outdoors they have the opportunity to dig, to touch the sand, feel different textures. We have woodchips; we have rocks, we're able to add water."

Lupe Jaime is the senior director for early care and education for the superintendent's office.

She said that as long as the weather and air quality levels are good, each class comes out twice a day.

"It is bringing that curiosity, and the play that they have in the classroom, where the have designated areas, outside here where they can still continue to learn and be able to thrive and experience and be curious about this."

Jaime knows how times have changed since she first became a mom.

"There was, I think I would say, maybe a flip phone, and even there, there was some sense of curiosity around that. But, you know, fast forward now. Definitely, that technology piece is going to be something that is part of what we embrace as a society. So, we have to figure out a balance."

Jaime sees that balance at Lighthouse, every day.

"My daughter now is 21, so in hindsight, I look at her now, and I think, 'Oh my goodness! If this was available for her when I was raising her, I would completely embrace this." It is something that is so unique."

Barbara's taking advantage of it and loves watching the kids soak it all in, especially her son.

"I would say my son's favorite thing to do out here is play in the sandbox with the water on, anything with water and mud, he absolutely enjoys."

It is exposure to opportunities some wouldn't otherwise have, if they're far from a park or don't have much of a backyard.

"There is just no substitute for children to be able to engage in a natural environment."

------
ABC30 thanks its partners below for putting Children First in the Central Valley.