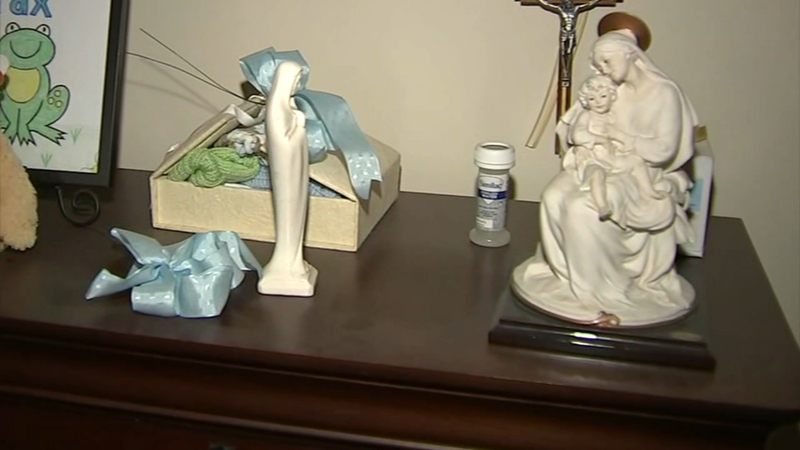 ELMHURST, Ill. -- Police are searching for a burglar who stole an urn containing the ashes of an Elmhurst family's baby from their home.

Elmhurst police said they were called to a home in the 200-block of Melrose at about 3:43 p.m. Tuesday for a report of a residential burglary. Police said the burglar entered the home by breaking a window, then stole collector coins and the remains of a family member. They believe the break in occurred between 8 a.m. and 3:40 p.m.

The LaDeur family said the cremated remains that were stolen were of their son Billy, who died when he was just 10 days old.

"His ashes and the small memorial, that's all we have," said Sue LaDeur.

LaDeur said she came home to find their front window shattered. As Elmhurst police officers collected evidence of the break-in, she said they alerted her that the box containing her son's ashes was gone.

"It was the police who pointed out, 'the dust is disturbed,' and then I looked at that space," she said. "I couldn't breathe. I couldn't believe it. Of all the things to take. Take everything. Take anything. None of it matters."

The family said the few other items that are missing are irrelevant.

"Maybe someone thought it had jewelry in it, is all we can think of," said Jim LaDeur.

The family can only hope someone will return their last physical piece of their youngest twin boy.

"It has no value to anyone but us," said Sue.