Sister Mary Jo Sobieck is headed to LA for the ESPY's after her first pitch at a White Sox game got nominated.

CHICAGO HEIGHTS, Ill. -- One of the biggest nights in sports is Wednesday and a suburban Chicago nun will be in the spotlight at the ESPY awards.

Marian Catholic High School in Chicago Heights held a send-off for Sister Mary Jo Sobcieck as she heads to Los Angeles for the ESPYs.

It's all thanks to this first pitch she threw out last August during Marian Catholic High School's night at a Chicago White Sox game. Bouncing the ball off of her bicep, Sister Mary Jo Sobieck threw a perfect pitch and the fans roared!

"This was my chance to kind of be on that grand stage, and so I took advantage of it!" Sister Mary Jo said.

With that, she became a viral sensation. She is now nominated for an ESPY Award for "best viral sports moment."

"When I was at the game, I saw the pitch, and then my brother...towards the middle of the game, he told me it was trending on Twitter," said Marian Catholic student Middie Swanson. "That was crazy to me!"

What Sister Mary Jo didn't expect was to be nominated for an ESPY Award.

The theology teacher is no stranger to sports, she's been playing since high school, but Sister Mary Jo knows this moment is so much bigger than just sports.

"This has been something counter-cultural that has just brought hope and inspiration and a belief for people that they too can make a difference," she said.

And all of those around her can't help but cheer her on.

Sister Mary Jo showed off her arm on Windy City Live Tuesday as she prepares for her big trip. She says she's trying to stay humble.

"I don't want to have false humility and I hope that's not what it is, but I threw a ball over the plate and if anything, I hope it inspired people who watch it to say, 'I want to just be me and be unapologetically myself,'" Sister Mary Jo said.

Fans have the chance to select the ESPY "Best Viral Sports Moment" winner by voting online at ESPN.com/ESPYS. Voting ends when the ESPY Awards begin on Wednesday, July 10.

The ESPYs bring together the sports world to celebrate the best moments of the past year. Sobieck said she's looking forward to meeting this year's recipient of the Jimmy V Award for Perseverance. 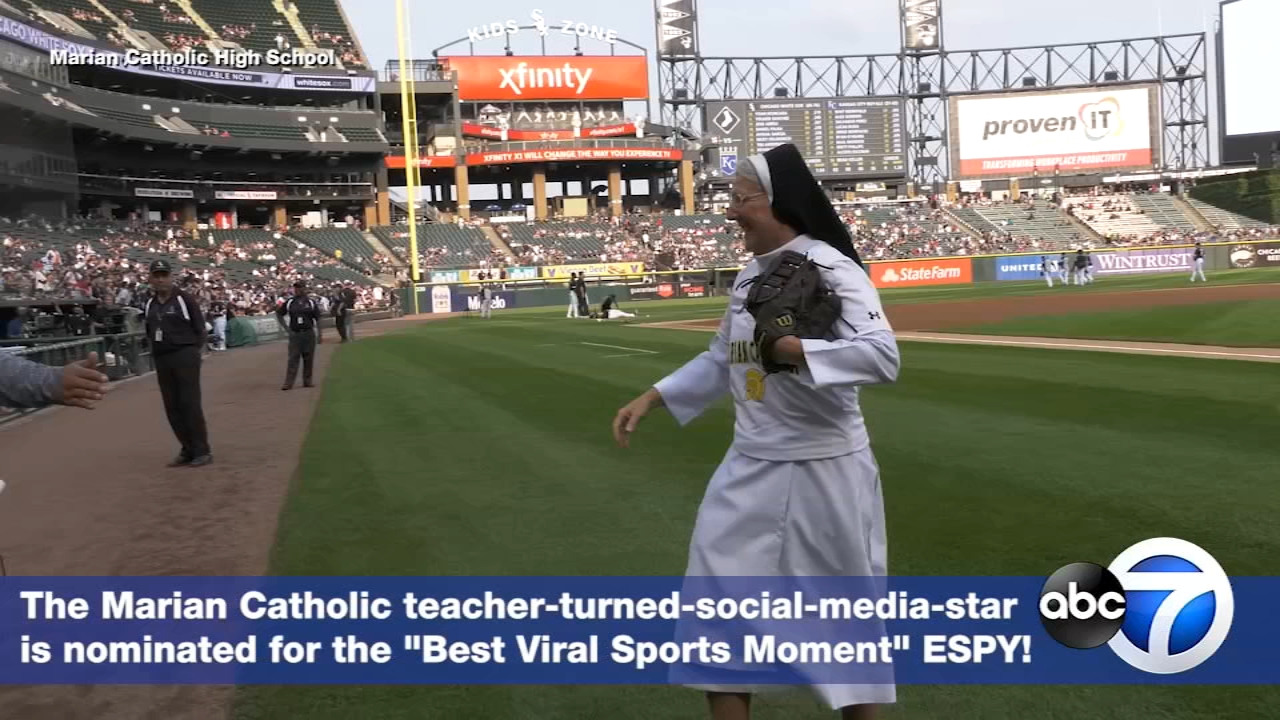