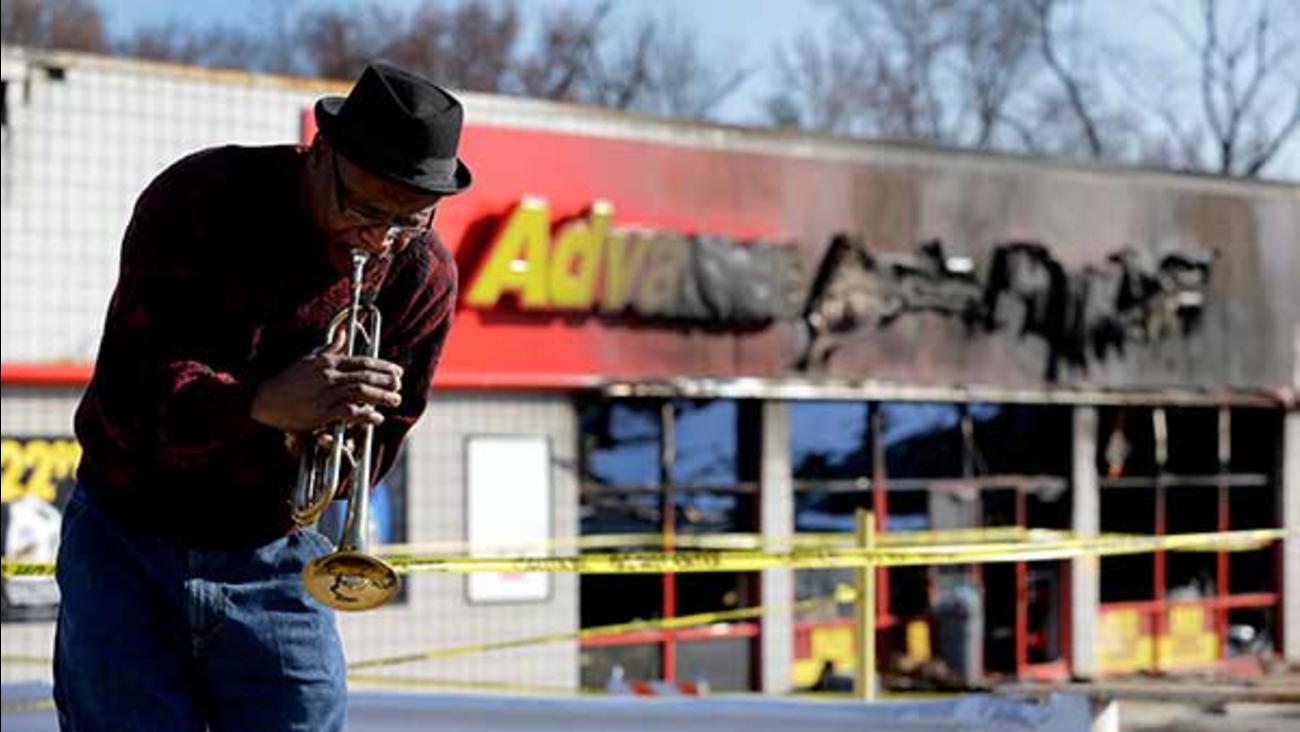 Eugene Gillis, also known as the "rage whisperer," plays trumpet for people on the streets of Ferguson...and then he talks to them. (AP)

Eugene Gillis has convictions about the situation in Ferguson, but that's not the first thing you'll hear if you see him on the streets of the city.

The first thing you'll hear will be a song. 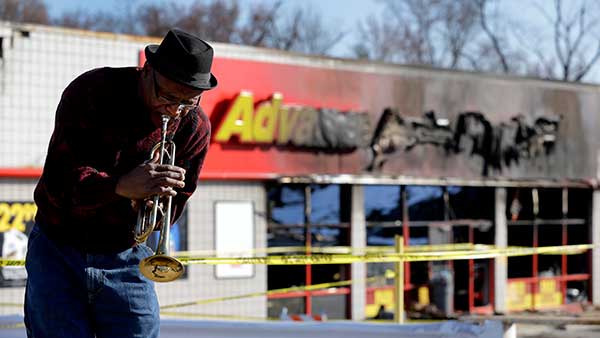 Ferguson trumpeter plays for peace
Eugene Gillis, also known as the "rage whisperer," plays trumpet for people on the streets of Ferguson...and then he talks to them.

"It can penetrate walls," Gillis told ABC of his love of playing music for others. "It can insulate from pain."

On the night that a grand jury decided not to indict police officer Darren Wilson for the shooting death of unarmed teen Michael Brown, many protesters took to the streets in anger. Some took to rioting, looting and the burning and destroying of businesses.


Tap to watch Gillis play on the night of the decision if you're viewing on the news app.

Gillis has been playing the trumpet for 44 years, including some years of playing professionally. He's become known around Ferguson for playing on the streets and has even written songs inspired by the events in Ferguson. Gillis lives in nearby St. Ann but is deeply invested in the future of Ferguson. Four of his grandchildren live there, and their elementary school was damaged and looted in the days following the decision.

Gillis disagreed with the jury's decision, but he said that the violent protesters -- as well as anyone who encourages that violence -- are going about it the wrong way. Gillis said he wants to put things in perspective for supporters of violence, many of whom are much younger than he is.

"The younger generation tends to reject the old ways of protesting," Gillis said. In reference to his support of peaceful protests, he said, "I'm trying to communicate that there are certain things that are fundamental."

How does he get the younger generation to listen to his opinions? He plays.

"Music tends to open up a door for dialogue," he said. He told the story of how he was playing Christmas carols outside of the Ferguson police station recently when a primarily white church group from New York started singing along. This led to a 15-minute conversation...and a hug. 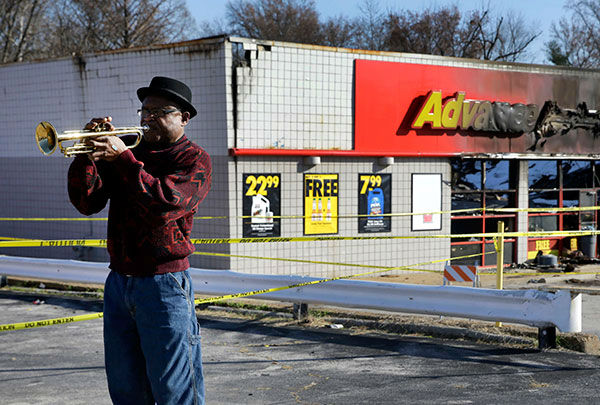 Eugene Gillis, also known as the ''rage whisperer,'' plays trumpet for people on the streets of Ferguson...and then he talks to them.

Sometimes the young people he speaks to are so angry that it's hard to get them to listen. This weekend was one of those times, at a protest near the spot where Brown was shot.

"They're angry, and their manner of speech indicated that," he said of several people who were advocating violence as the only solution. But after Gillis spoke to them, "They admitted they were wrong."

Gillis said this anger stems from lack of hope. He has felt this, too, from other sources: alcohol, drugs, bad relationships...they were all in his past, he said, but music helped him overcome it. He hopes to start a youth band to share the healing power of music with another generation in Ferguson.

At the same time, Gillis said that everyone in the complicated situation needs a look in the mirror. He believes that profiling by police is a problem and understands how young people can feel beaten down, but he said that the violence is just as much of a problem. 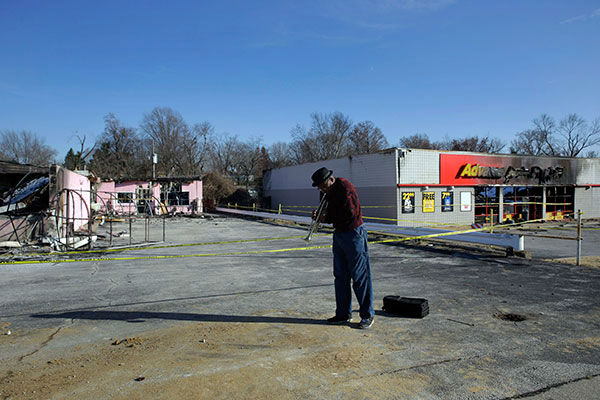 Though Gillis is gaining media attention and even has a nickname -- the "rage whisperer" -- he says his motivation boils down to his love of music.