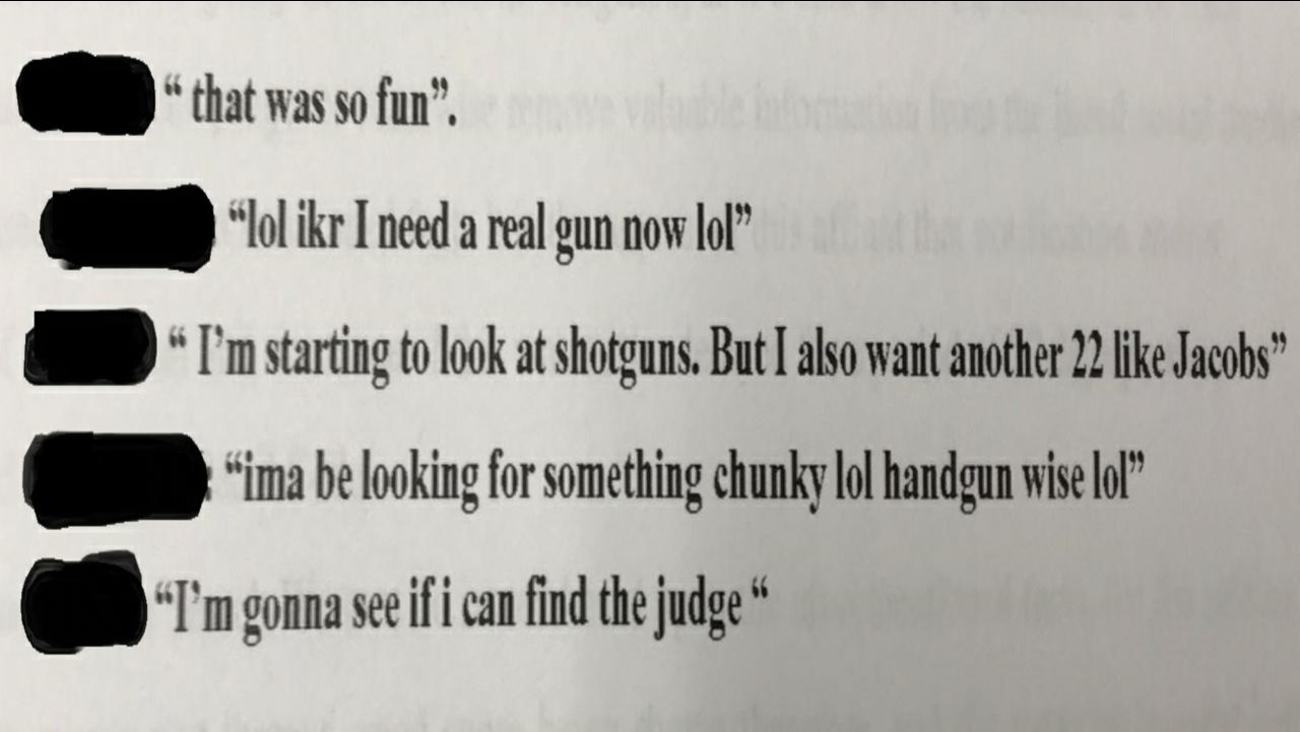 Comments on the ABC30 Facebook page led Fresno police to voice concerns the suspects in a pellet gun shooting spree that injured several people in March were planning to escalate their violence to a potentially deadly level.

Officers got reports of air gun shootings at Fresno and Browning, Bullard and Fresno, and Dakota and First early on the afternoon of March 25.

Investigators have not made any arrests, but Action News uncovered a search warrant revealing one of the victims found comments posted by two men on the ABC30 Facebook page and she told police about it.

We posted a link to our story about the incident and the men commented. Police said it seemed like they took credit for the shooting in this exchange:

"I'm starting to look at shotguns. But I also want another 22 like (name redacted)"

"ima be looking for something chunky lol handgun wise lol"

"I'm gonna see if I can find the judge"

In another comment hidden from public view because of foul language, one of the men seems even more definitive in taking credit.

"Just cuz I shot the Durango up with my bb gun don't mean this was me," he wrote. "Hahaha jk but this is so me."

Police tell us they've made no arrests, but they have investigated the two suspects and reviewed data taken from their Facebook accounts under the search warrant.

The victim says she's still waiting for justice and she hasn't heard any updates in the last month.