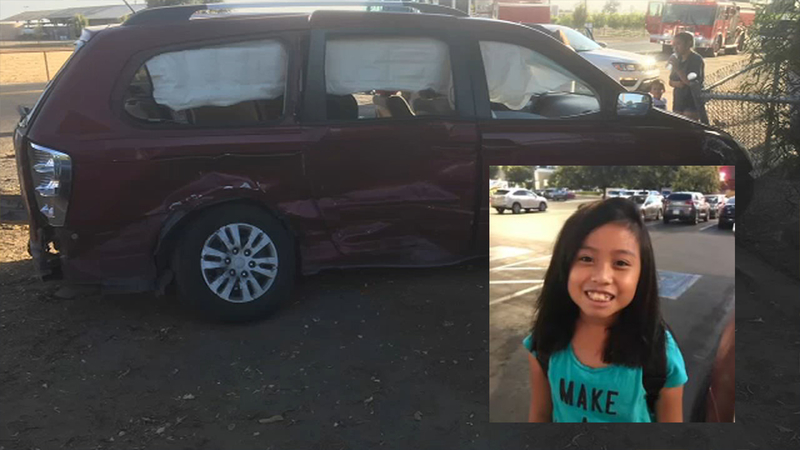 FRESNO, Calif. (KFSN) -- As the parents of Francine Salazar prepare to bury their daughter, the intersection where her life ultimately came to an end is being closely examined.

"At this point, what we've decided to do is recreate the accident," said Sam Salhab, the attorney representing Francine's family. "We had an investigator spend the entire weekend at the accident scene. They took several pictures, and they drew diagrams."

The driver, who California Highway Patrol officers say was speeding when she didn't stop at the intersection, will be listed in the lawsuit. The County of Tulare will also likely be listed as a party.

ABC30 legal analyst Tony Capozzi says several factors could play a part in the liability, including whether there were adequate warnings in place for drivers letting them know of the impending stop. The county just transformed the two way stop sign into a four-way stop in June.

"The first indication is yes they probably should do something, but then they will think we did. And by making these improvements, if they do, you can't use it against us at your trial," Capozzi said.

Attorney Sam Salhab says the car the family was also riding in is being thoroughly inspected to see if there's any liability on behalf of the car manufacturer, Kia.

"I'm putting a lot of resources into finding out what happened and if there's any causes of action against anybody we're going to be going after them," Salhab said.

Capozzi says the past history of the intersection will play a part in the lawsuit and also the heartbreaking details of the latest deadly crash.

"I think the county overall is going to settle the case because it's an emotional case, a 10-year-old child killed, that's a big factor," he said.

The lawsuit will be drafted, but not finalized until all of the facts in the case are in, and reports from every agency and expert involved are complete.