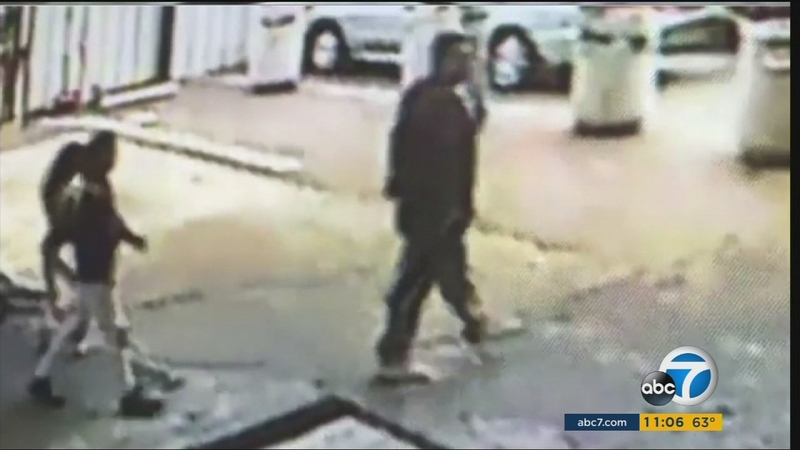 EL SERENO, LOS ANGELES -- A father was caught on camera purportedly instructing his children to steal from a Los Angeles car wash.

The owner of Manny's Car Wash in El Sereno, who asked to not be identified for fear of possible retribution, said the young thieves and their father struck Sunday afternoon.

In surveillance video, a toddler was spotted running up and reaching into the tip jar.

"He hesitated before going to tip jar and looked towards the dad who apparently instructed him to do it in a hurry," the owner said. "I see him go directly into the tip jar and I stopped him from doing that."

While the owner was able to thwart that attempt, he said when the car wash closed for the day, a worker realized their backpack was missing.

The owner went to check the surveillance video and said he couldn't believe what he saw. He said it was the same family, but this time, it was an older child.

"They all boarded the vehicle and drove up to the customer waiting area where he instructed his oldest kid to go and steal a backpack that was one of the employee's backpacks," the owner said.

Inside the backpack was a wallet with cash, IDs and car keys, according to the owner. He said he hoped releasing the video would lead to an arrest. He said he was also worried about the lessons the children were learning.