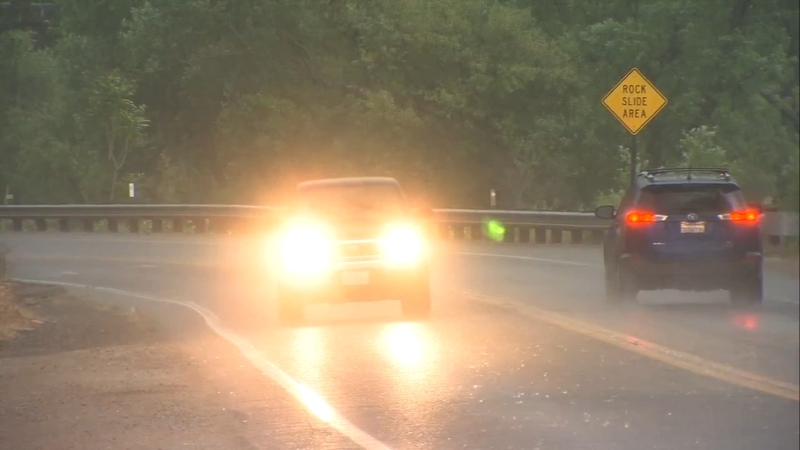 MARIPOSA, Calif. (KFSN) -- Thunder and lightning strike as rain falls in Mariposa, threatening several parts of the county with flash floods and mudslides.

Parts of Highway 140 closed briefly Thursday night as rain brought on the potential of slides along the Ferguson Fire Burn scar.

Mariposa resident Jessica Wilcher says it was clear and sunny when she arrived to work, but in just a couple of hours the skies turned dark, and water started to run along the roadways.

"We need the rain because we've been burnt out a few years in a row. This rain is hopefully going to help us not burn down," she said.

The Mariposa County Sheriff's deputies are patrolling and California Highway Patrol officers say all the area state and county agencies are working together to have eyes on areas prone to debris flows.

"We're limited to the staff that we have, especially for this where we couldn't pre-plan. I do have an officer who is familiar with those more remote areas and is patrolling," said Sgt. Brent DeNtaly.

Mike Healy with Public Works says they also have crews on standby and are finishing up on repairing roads devastated by floods in 2017 and 2018.

The winds, however, is what Healy says could cause problems.

"I'm really concerned about are the high winds... I want our residents and those traveling to stay alert."

Highway 140 is back open to travelers, but officers ask drivers to slow down on the slick roads.

Parts of Yosemite are also under a winter weather advisory until 11 p.m. on Friday.