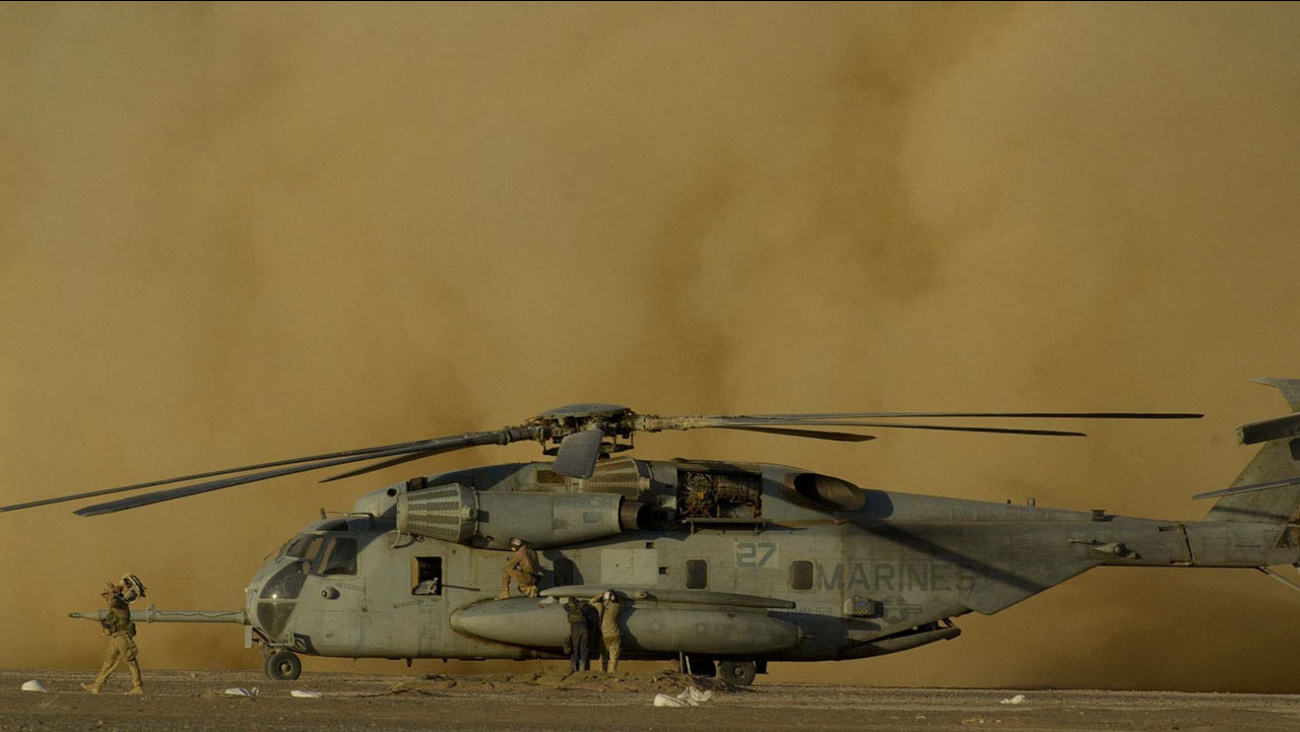 (FILE) A huge cloud of dust billows up behind a Marine CH-53E Super Stallion helicopter at Camp Rhino in southern Afghanistan, in this Dec. 8, 2001, photo. (AP/Dave Martin)

SAN DIEGO -- A Marine helicopter crashed during a Southern California training mission and all four crew members were believed killed, the military said.

The CH-53E Super Stallion went down shortly after 2:30 p.m. Tuesday near El Centro, a few miles from the U.S.-Mexico border.

The helicopter was with the 3rd Marine Aircraft Wing out of the Miramar air station in San Diego, according to a base press statement.

The nearby Naval Air Facility El Centro messaged that the crash site was north of Plaster City, west of El Centro.

The cause of the crash is under investigation.

The names of the crewmembers will be withheld until 24 hours after their relatives are notified, the Miramar base said.

Tuesday's California crash is the deadliest involving a Marine aircraft since a KC130T transport plane went down in Mississippi last July, killing 15 Marines and a sailor.

The California crash also occurred on the same day that a Marine Harrier jet crashed during takeoff from an airport in the East African nation of Djibouti. The pilot managed to eject and was being medically evaluated, military officials said.

The CH-53E Super Stallion is the largest helicopter in the U.S. military. It is used for minesweeping and transport and can carry dozens of troops and tons of cargo.

Two years ago, 12 Marines died when two of the helicopters collided off the coast of Oahu in Hawaii.

Last October, a CH-53E helicopter crashed and burned in Okinawa but nobody was injured.

In 2005, 31 people died when a CH-53E helicopter went down in Iraq during a sandstorm.
Report a correction or typo
Related topics:
san diegohelicopterhelicopter crashmarines
Copyright © 2021 by The Associated Press. All Rights Reserved.
More Videos
From CNN Newsource affiliates
TOP STORIES