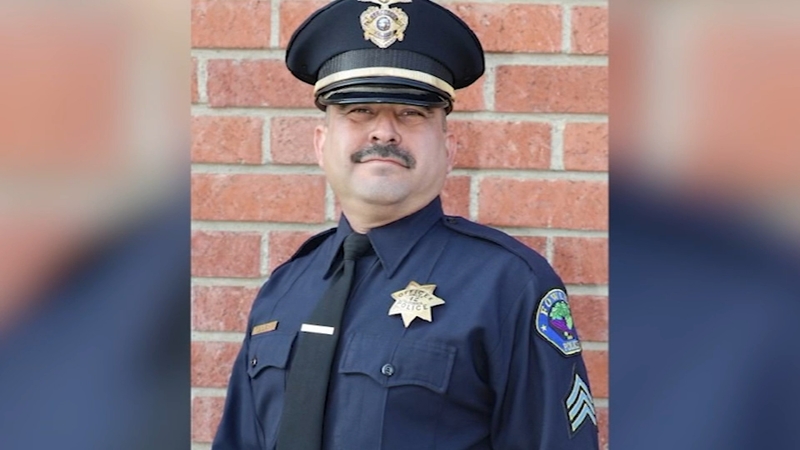 FRESNO, Calif. (KFSN) -- Fowler's Police Chief Rudy Alcaraz is opening up about the loss of one of his own.

On Wednesday, February 2, Sergeant Arthur Duron died due to complications from COVID-19.

"He always there to make people feel welcomed, he was always there listen and communicate for us," Alcaraz said.

Alcarez says the 14-year veteran of department called him on January 4 and asked to go home early because he wasn't feeling well.

Fowler’s Police Chief Rudy Alcaraz is speaking out about the loss of Sergeant Arthur Duron. Duron died due to complications from COVID-19. “It hurts. Not just administratively, but personally as well,” Alcaraz said. @ABC30 pic.twitter.com/63kaKIX9Bc

On January 10, he was admitted to the hospital with COVID-19.

"We couldn't even communicate via text or phone. He was unable to talk," Alcaraz said.

On February 2, he died due to complications from the virus.

The impact felt across the community as he became the first line of duty death for the Fowler Police Department.

His death was acknowledged at the annual Blossom Trail opening in Fowler Friday morning.

A local florist dropped off flowers and tied blue ribbons around the trees outside of the police department and city hall.

Outside of Fowler police headquarters, the flags are at half staff. A local florist set up flowers and tied blue ribbons around the trees surrounding the building. @ABC30 pic.twitter.com/S7GxGp96Od

The flag was at half staff in his memory.

One of Duron's former co-workers said he was shocked and saddened to hear the news.

"He was just a down-to-earth good guy, a lot of common sense and a great sense of humor," said Dennis Gillette.

Chief Alcaraz said Duron was his number two and they connected beyond work, having both grown up in Southern California.

Duron was being trained to take an even greater leadership role as the longest serving sergeant prepared to retire in May.

On top of that, Chief Alcaraz said Duron had a great sense of humor and was a genuine family man.

The 46-year-old husband and father of four was the sole provider for his family.

The police department has created a donation link to help support Duron's family. You can find it here.

"It hurts. Not just administratively, but personally as well, so it's a big loss for this organization." Alcaraz said.

Funeral services will be held at 10 a.m. on February 17 at The Worship Centre Church in Fowler.