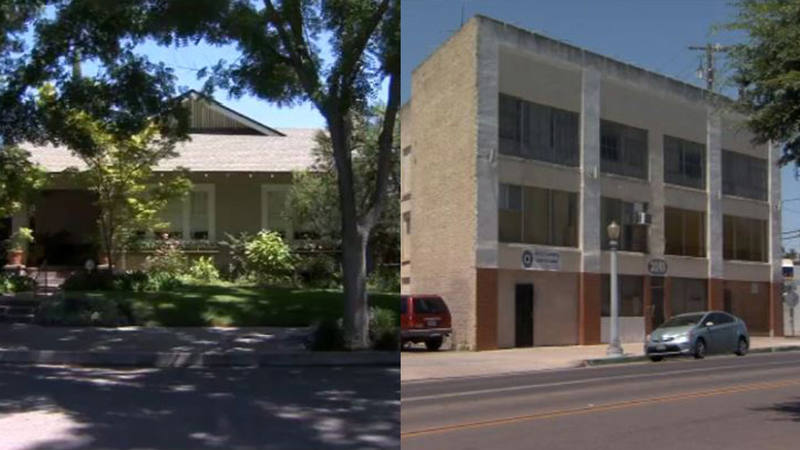 FRESNO, Calif. (KFSN) -- The Fresno City Council will consider two city locations, a house in the Tower District and an industrial building in downtown, as possible historic designations.

The George Riddell Miller house is named for its original owner. The current owner thinks the 100-year-old Craftsman style home is worthy of the title.

"And also to further protect it from any future changes that could potentially threaten the property," she said.

The home on Carmen Avenue is located in the city's Wilson Island District, which includes 80 homes on the historic registry.

Janine Raymond lives in the Eilert House, named for the founder of the original Fresno Brewery downtown. She's an author and a neighborhood historian.

"The Wilson Island is one of four historic districts in Fresno," she said. "It's just south of Fresno High in the heart of the Tower District."

The other building up for consideration is not exactly charming.

"It's a little sad, but there's still some character left there," Onno said.

Built in 1920, the building was originally Bixler Vapor Drycleaners, but it has been the home of a print shop for decades. It's considered an example of early 20th-century industrial style buildings.

The owners want to turn it into a commercial space on the main floor, with upstairs lofts, and a historic designation would make it easier to restore.

"They want to take advantage of relief from the development code that designation will give them," Onno said.

Whether it's an old industrial building or a home, advocates of preservation say these places are worth the trouble of saving.