Fresno Co. Deputy John Erickson discharged from hospital a week after being shot 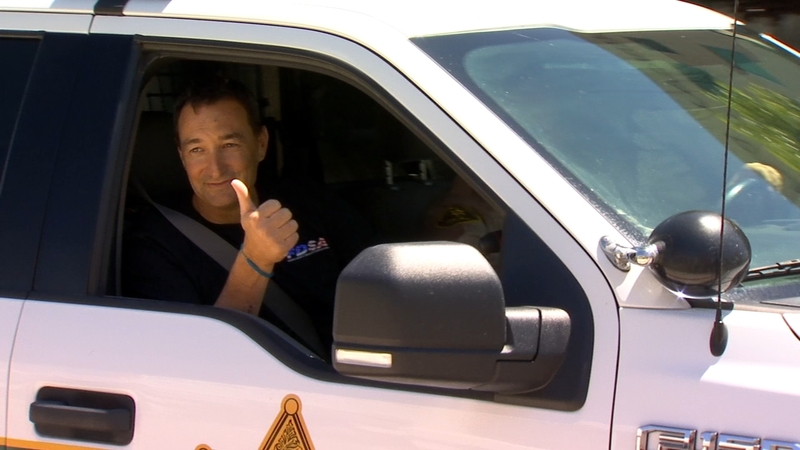 Fresno Co. Deputy John Erickson discharged from hospital a week after being shot

FRESNO, Calif. (KFSN) -- A choked-up Deputy John Erickson seemed filled with gratitude as he left the hospital and headed home.

Before doctors gave the final sign off on his release he was optimistic about how much better a change of scenery will be along with the comforts of home.

"He's been emotional, he's been up and down in the hospital. I spent a few hours with him this morning prior to his release, he's in good spirits, I think he's ready. During our visit he just popped up and said I'm going to take a shower," said Eric Schmidt with the Fresno Deputy Sheriff's Association.

Erickson was shot multiple times last Tuesday during a call of shots fired in the foothills. Immediately when he pulled up, investigators say the armed suspect, Mike Congdon began firing at him.

After his window was shattered, the injured deputy got out of his car and managed to crawl away and hunker down until a helicopter could hoist him to the hospital. He's undergone surgery and a lot of physical therapy.

Half the recovery is physical, the other is mental and emotional. The incredible trauma of that call will live in Erickson always. So fellow deputies are coming together to make his journey is easier and more comfortable.

RELATED: History between suspect and Fresno County deputy he shot could lead to life sentence

"We've purchased a recliner to make his life a little easier with sitting up because he can't lay all the way down and we're in the process of getting him a new bed so he can be propped up, almost like a hospital," said Schmidt.

In addition, the Fresno Deputy Sheriff's Association organized a meal train and within minutes a month of meals was taken care of by co-workers.

As he left the hospital Thursday, Erickson was escorted by his foothill beat partner. For the past two and a half years, the pair has worked to fight crime in the mountain region known as Area 4 which covers everything from Prather, Shaver and Huntington Lakes.