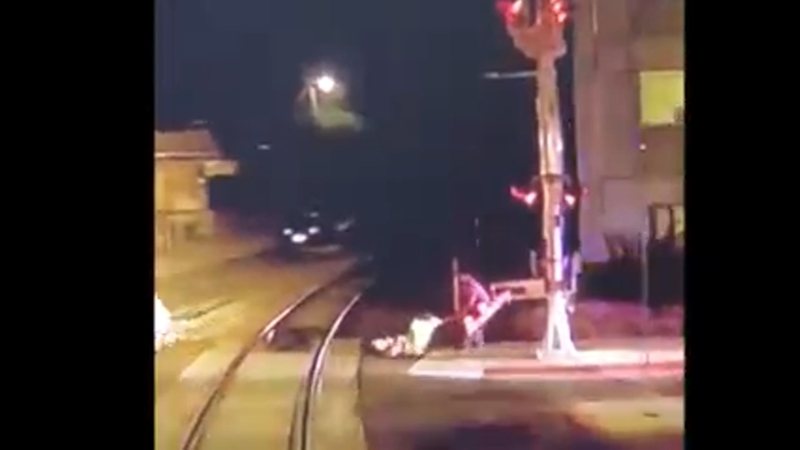 FRESNO, Calif. (KFSN) -- A Fresno County Correctional Officer is being honored for his life-saving heroics.

It all happened about two weeks ago on the morning of October 13th.

Officer Paul Haros had just dropped an inmate off at Community Regional Medical Center when he was called to the railroad tracks at Divisadero and Tuolumne.

He arrived to find a suicidal man lying on the tracks, refusing to get off.

Moments later, a train approached and Haros jumped into action.

He tried to pull the man off the tracks but he wouldn't let go of the rails.

Then, at the last moment, a good samaritan stepped in to help loosen the man's grip and the officer was able to pull the man off the tracks at the very last moment.

The suicidal man was taken to a hospital for a mental evaluation. The good samaritan who stepped in still hasn't been found.