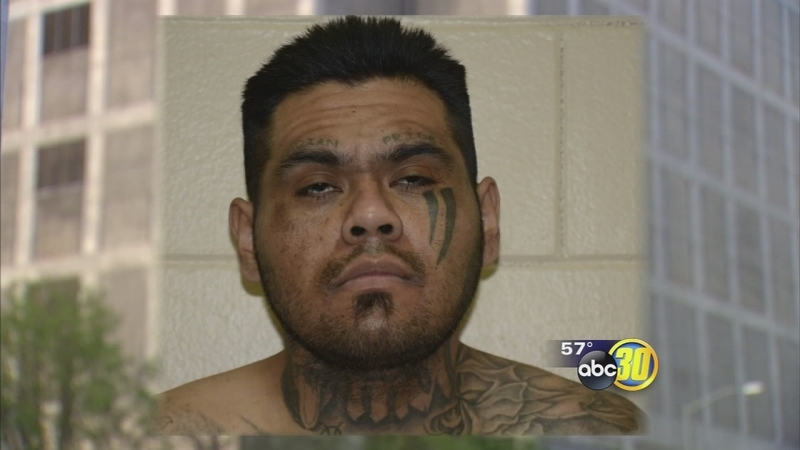 FRESNO, Calif. (KFSN) -- An inmate ambushed and stabbed a correctional officer inside the Fresno County Jail, the sheriff's office says.

Sheriff Margaret Mims says Charlie Smith was in his cell waiting to attack on Saturday night and he made his move as soon as a correctional officer cracked the door to serve him dinner.

"Inmate was able to push open the door, push away the food cart and immediately, he's on the C-O," Sheriff Mims said.

She says the officer was stabbed in the back, the side and the head several times before a second officer could pull smith off.

"It's really just within a few seconds, this guy was in custody and under control," Sheriff Mims added, "however he was able to inflict some injury during those few seconds."

When it was all over, the officer was taken to the hospital for stitches and a weapon was found near the cell - a weapon Smith made behind bars using the metal of a broom stick and a sharpened edge, Sheriff Mims says.

"This subject was able to hide the weapon until a time he chose to attack a correctional officer," she said.

It's not clear why Smith attacked. Sheriff Mims says he had no previous contact with the officer who was still new to the job, just four to five months in.

Smith, however, is known for being violent. He was arrested in January and was about to be transferred to Wasco State Prison to serve two years and eight months for a felony gun charge. He's also served time in the past for carjacking, robbery and assault with a deadly weapon.

Sheriff Mims said, "he certainly isn't doing himself any favors, he's going to be put away for a long, long time."