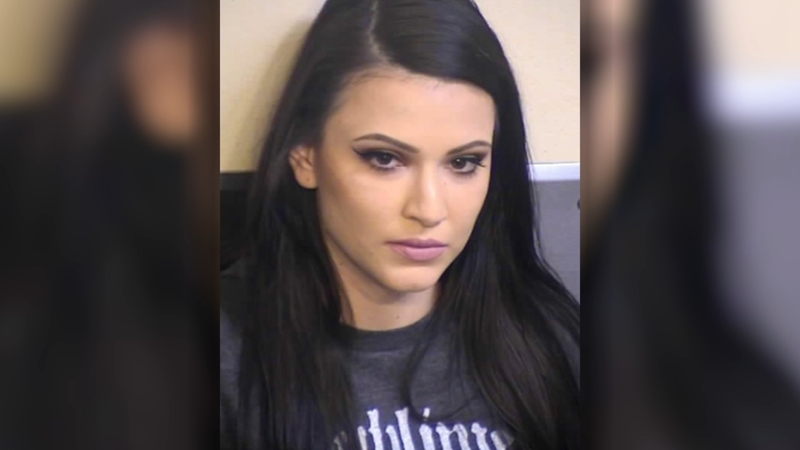 FRESNO, Calif. (KFSN) -- A former correctional officer assigned to the Fresno County jail is now in the jail as a convicted felon.

Tina Gonzalez admitted to three crimes - having sex with an inmate and providing him drugs and a cell phone.

Fresno County assistant sheriff Steve McComas says he's seen and heard some disgusting things in 26 years at the sheriff's office, but what his former correctional officer did is at the top of the list.

"Cutting a hole in your pants to make it easier to have sex with an inmate and having intercourse in full view of 11 other inmates is something only a depraved mind could come up with," McComas said.

He says Gonzalez betrayed her oath even worse when she put her fellow correctional officers at risk.

She gave the inmate razor blades, a cell phone, and critical jail intelligence.

"At times, communicated sensitive information to the inmate about individuals that were entering the inmate's pod as well as times when the pod would be searched," prosecutor Kaitlin Drake said of Gonzalez's activity in the jail.

Gonzalez didn't say anything at her sentencing Tuesday, but her attorney said her marriage was falling apart when she started a relationship with the inmate.

It lasted more than a year before investigators caught her, and phone calls after her December 2019 arrest reveal it's continued.

"The fact that she continually calls, has sexually explicit conversations with the inmate in question, and even boasts about the crimes she carried out shows that she's incapable of owning up to her mistakes and will undoubtedly continue in the future," Assistant Sheriff McComas said.

Judge Michael Idiart could have sent Gonzalez to jail for up to 16 months, but noted that she had no prior criminal history and admitted her crimes.

"I think what you did was terrible, stupid," Judge Idiart said. "You've ruined your career. You endangered your fellow officers. But I also believe that people can redeem themselves. You have the rest of your life to prove that."