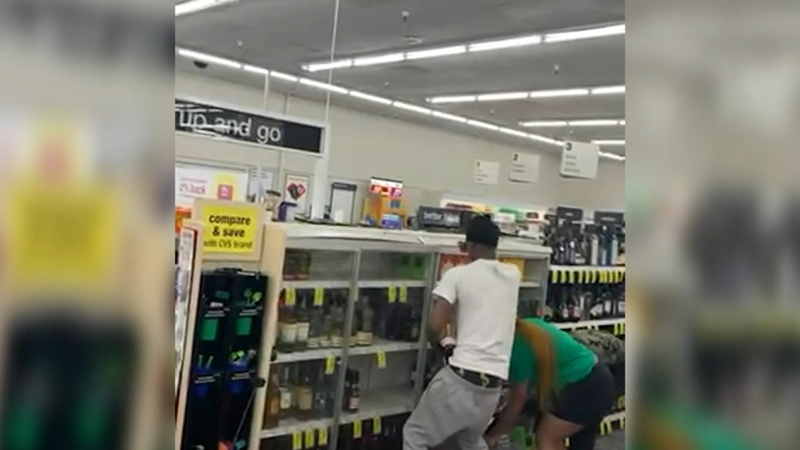 FRESNO, Calif. (KFSN) -- A shameless crime was caught on camera at a northwest Fresno pharmacy, but a crime police couldn't do anything about -- at least until Action News got involved.

Customers at the CVS on Herndon and West knew exactly what they were seeing Wednesday evening.

Three people accessed the locked liquor cabinet, grabbed as much as they could get and walked right out of the store with bags full of booze.

"It's horrifying," said Fresno County district attorney Lisa Smittcamp. "What do you say? It's just such horrible, egregious behavior. It makes us feel unsafe. It makes the prices of retail products go up. And we all pay for it."

Smittcamp's office would prosecute anyone charged with a crime based on the video.

It might not be as easy as it seems.

CVS employees did not initially report the crime after it happened on Wednesday night.

But after seeing the video on Thursday, police sent an officer to investigate.

Police collected possible fingerprints and other evidence from the store.

Police are noticing a smash-and-grab-style burglary trend across the state and the country.

San Jose police recently made arrests in a series of similar crimes, including one at Merced Mall this February.

Scholarly studies from U.C. Irvine and elsewhere have found 2014's Prop 47 did not lead to an increase in violent crime and any increase in property crimes might be attributed to other factors because similar increases occurred in other states as well.

Prop 47 did increase the amount of a theft elevating the crime to a felony instead of a misdemeanor from $450 to $950.

And Smittcamp says criminals are bolder because of Prop 47.

"We really need to get to being a society that says we are not going to accept this behavior," she said. "You may not walk into these stores and take whatever you want."