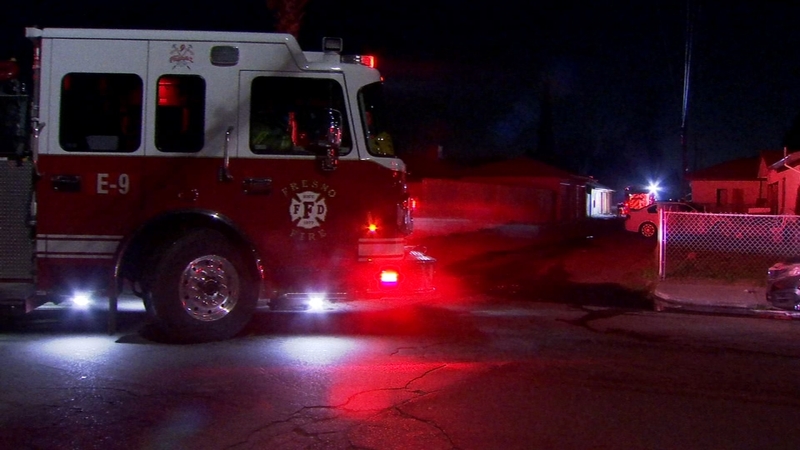 FRESNO, Calif. (KFSN) -- Authorities are investigating a fire that broke out at a central Fresno apartment complex and displaced ten people.

Crews responded to reports of a garage fire at First and Princeton on Wednesday night.

Three attached garages were on fire when crews arrived. Firefighters were able to contain the flames in the garages.

But the fire caused damage to the building's power lines, forcing ten residents to leave.

The Red Cross is helping them find a temporary place to stay.

The cause of the fire is under investigation, but officials say there was suspicious activity reported shortly before the fire began.