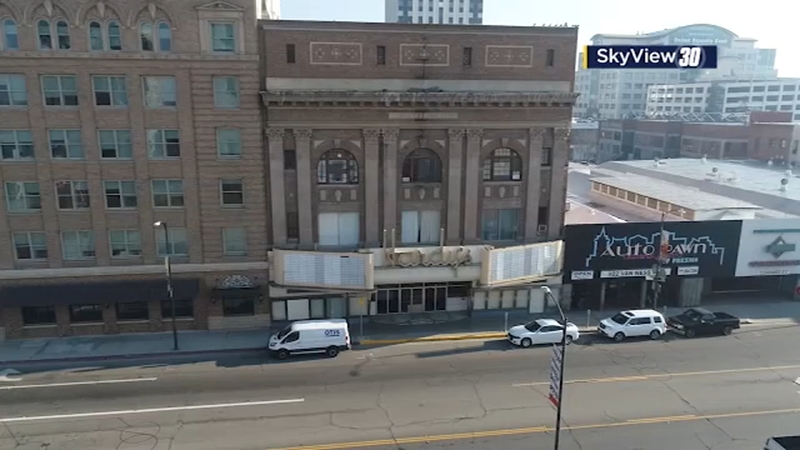 The new ordinance on the city council's agenda for Thursday could add a layer of protection or red tape around every single building in Fresno that's at least 50 years old.

History lines the streets of downtown Fresno, where more than 20 buildings are on the National Register of Historic Places.

The area's councilmember, Miguel Arias, says the city needs to honor that history.

"We also have a well-documented history of not protecting them," Arias said. "The Hardy's Theatre was just the latest example in that journey."

Arias recently discovered construction and demolition work at the historic theater, which is now owned by a church.

The city cited the owners for code violations including construction without a permit.

The owners have recently agreed to restore some of the historic elements, especially along the walls and on the ceiling and you could see some of the latest work from just outside the theater Wednesday.

Arias enlisted help from some members of the city's Historic Preservation Commission to try and prevent another historic erasure.

"Initially, we took historic preservation as this kind of very feel-good thing whereas really what it is is showing us the legacy we have as a city," said James Sponsler of the Fresno Historic Preservation Commission. "It shows us where we are, where we are going and where we've been."

They came up with a new ordinance putting the onus on property owners to make sure their buildings are not historic before initiating major construction projects.

Anything over 50 years old would need the commission to confirm no historical person or event happened there and no unique architectural work got it built.

It'll cost the city an undetermined amount of money and create new work for the commission.

The ordinance is only up for introduction only Thursday, so it can't get final approval.

If it eventually passes, it won't apply to construction work already in progress - like what's happening at the Hardy's Theater.

It'll call for notification of proposed demolition or major construction at a historic place to anyone living in or owning property within 2000 feet so they can take part in discussions about whether city council should allow the work.