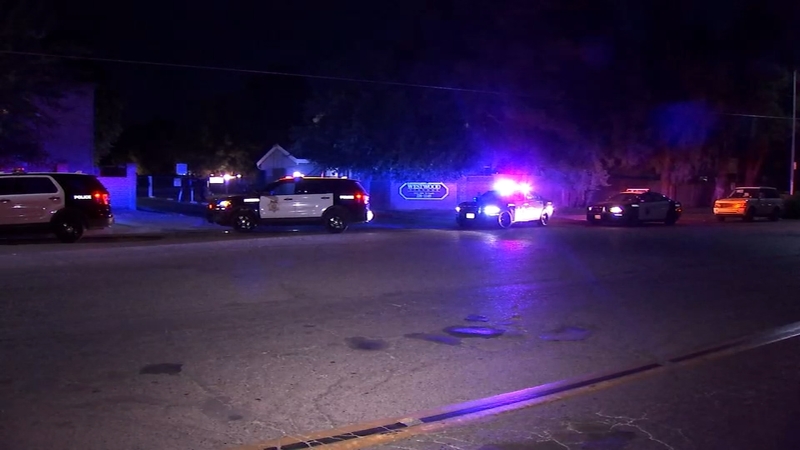 FRESNO, Calif. (KFSN) -- UPDATE: Fresno police have identified the man who was shot and killed at the Westwood Village apartments in west central Fresno on Sunday as 21-year-old David Medrano of Porterville.

Fresno police are investigating three deadly shootings that happened in less than 24 hours.

After nearly 20 days without a homicide, three men were killed in separate shootings on Sunday.

The city has seen more than a 100 percent increase in homicides this year compared to last year.

Fresno Police Department Captain Mindy Casto, "So this makes 37 murders this year for the city of Fresno. Twenty-one of those are gang-related."

Twenty-two-year-old Isaiah Williams, a local rap artist, died from his injuries. The 16 and 19-year-old victims survived.

At 6 am Monday, there was another shot spotter call in southeast Fresno. That's where officers found 40-year-old Kenneth Loftis dead.

Authorities believe that case is gang-related.

At 10 pm on Sunday, officers were called to the Westwood Village apartments in west central Fresno, where a 21-year-old man was shot. First responders tried giving him CPR, but the victim died at the scene.

Casto says two of these murders happened in the police department's harder hit Southwest District -- where patrols are already heightened.

Casto said, "We deploy resources accordingly, so we have to police the entire city, but we know the gang hotspots and we make sure that our patrol officers are well aware of them."

Captain Casto says FPD is still working to hire more officers, but Chief Paco Balderrama has added two homicide detectives to the team. which has helped with solving violent crimes. The clearance rate so far this year is 62 percent, compared to 38 percent for all of 2020.

"A lot of cases are still in progress. We have suspect information. We just haven't gotten to the clearance of the arrest portion yet but they're definitely detectives working around the clock on these cases," Casto said.

Aaron Foster with Advance Peace is also working around the clock. His grassroots organization aims to curb violence by taking a holistic approach.

"Remember the remedy to hate is love, so we have to love them out of this space. It sounds like something out of a fairytale book but it's something that's really doable. We got to make love the main ingredient," Foster said. "That's what we are doing one day at a time."

Captain Casto says these are not random acts of violence.

She says the homicides this weekend were either a gang dispute or an interpersonal dispute with someone the victim knew.

If you have any information about the homicides, please contact the Fresno Police Department.