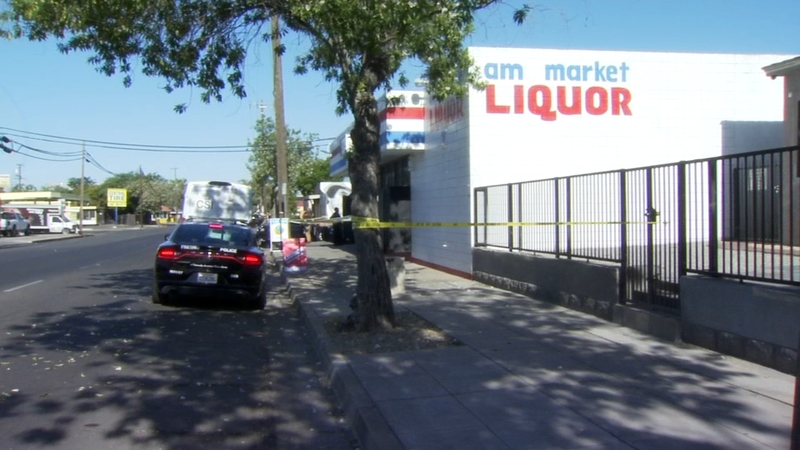 FRESNO, Calif. (KFSN) -- Police are searching for two suspects who attacked a clerk while robbing a mini-mart in central Fresno.

It happened just after 7 am on Thursday at the AM Market on Belmont Avenue near Glenn Avenue.

Investigators said two men went into the store, grabbed some items and went to the front counter.

At some point, there was an argument between the men and the clerk. The two then grabbed the items and ran out of the store.

The store clerk chased after them, and that's when one of the suspects pistol-whipped his face.

The suspects fired shots toward the store as they drove away, officials said. The bullets hit the building, but no one was injured.

Police say the victim was taken to the hospital for treatment. He is expected to recover.

Officers are now reviewing surveillance footage to help them identify the suspects. Anyone with information is asked to call the Fresno Police Department.