Fresno police say if you do plan on leaving your home for an extended period, have surveillance cameras and alert your neighbors.
KFSN
By Vanessa Vasconcelos 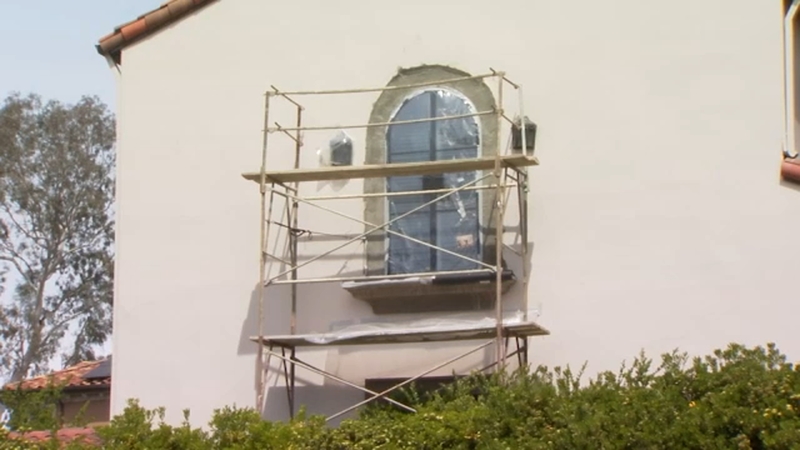 FRESNO, Calif. (KFSN) -- An unauthorized party at a northwest Fresno home is shining a light on a potentially dangerous problem in the city.

Police have a warning for homeowners after hundreds of partygoers trespassed on a home undergoing renovations.

Police are saying this was an isolated incident.

However, they do say it's clear whoever organized the party was well aware the home had been going under renovations and the homeowners were away.

The homeowner called Action News to say they had moved into the property days prior to the party, but the party organizers were unaware. The homeowner had left briefly to visit with family, that night and came home around 11 that evening to find the party taking place.

"I've been here 20 years I've never seen anything like this. I mean my kids had parties but nothing like this," says a neighbor, Paul Singh.

When Singh was coming home, he says he saw hundreds of people leaving after police were called to the party.

"I saw a lot of commotion around my neighborhood and all kinds of sheriffs driving around. There were cars all over Van Ness and all over here," he says.

"There was a huge party and they left a mess all over everywhere. Beer cans, broken glass, everything..."

Matthew W is helping with renovations being done to the home and says noise complaints don't compare to what could have happened.

"It's very dangerous, there's rebar, there's open holes, this is a construction site, it has no reason to have parties on it whatsoever."

According to Fresno police, officers were called to the property after 11 Saturday evening:

They said it's unclear who threw the party, but party-goers, including the DJ, left a digital footprint as flyers were made, alerting people to a spring Break mansion party.

Because there was no damage to the property, homeowners aren't pressing charges for trespassing, but police are using this as an opportunity to remind homeowners leaving town or undergoing renovations to stay vigilant.

"Obviously when you have a large amount of people in one centralized location, you never know what might happen. Thankfully this didn't escalate into anything more than a party," says Vega.

Police say if you do plan on leaving your home for an extended period, have surveillance cameras and alert your neighbors.

Depending on how long you plan to be away from your home they advise hiring security to check on the property periodically.