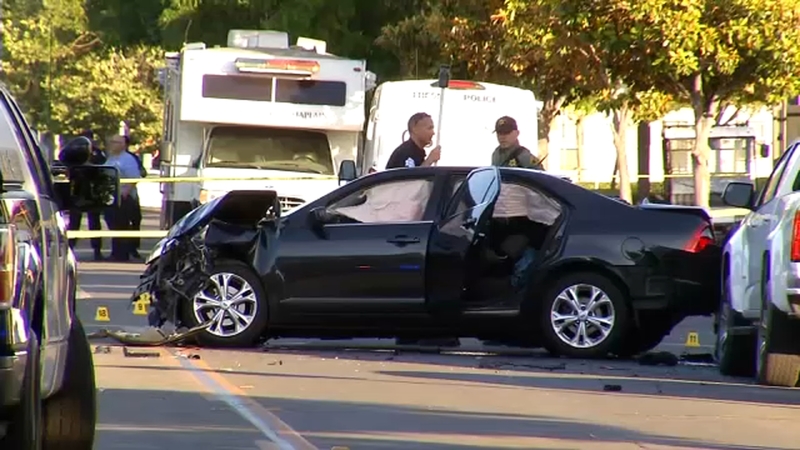 At least six people have died in the last six months in the Fresno area in crashes involving people trying to get away from police officers or sheriff's deputies.

The police chief says his policy changes aren't a knee-jerk reaction to last week's deadly crash or any others before it, but he wants to make it less likely that officers and the rest of us will get hurt during a police chase.

Hannah Pimentel died last week when a suspected gang member crashed into her car at Stanislaus at N St. while trying to escape police.

Two months earlier, a driver died in a fiery crash at Bullard and West while trying to get away from Fresno police.

"They really would not have because as I explained earlier, in both the Fresno PD cases, the officers made the right call," Chief Baderrama said. "They thought the pursuit was too dangerous to continue and they terminated the pursuit."

But the chief is changing the policies.

Unmarked cars and motorcycles, though, won't be involved in high speed chases anymore, except in extreme situations.

Pursuing officers will be advised to back off as soon as the police helicopter gets a good look at the suspect.

The chief is giving more officers the discretion to call off a chase.

"If that secondary pursuing officer sees something that is too dangerous, that is not worth continuing to chase, they can terminate the pursuit themselves," Balderrama said.

The Fresno County Sheriff's Office has similar chase policies and emphasizes that choosing to call off a chase shouldn't be criticized.

One of their deputies had called off a chase in March not long before a suspect killed three people at Cedar and McKinley.

District attorney Lisa Smittcamp says the onus is really on the people who run.

She says the trouble usually gets worse for anyone who chooses to start a chase.

"If you are contacted by law enforcement, pull over and face your consequences, whatever those might be," Smittcamp said.

It could be a lot worse for the suspect who killed Hannah Pimentel as he escaped police.

Marc Cain Rodriguez is still on the loose, but Smittcamp says she'll file a murder charge against him.