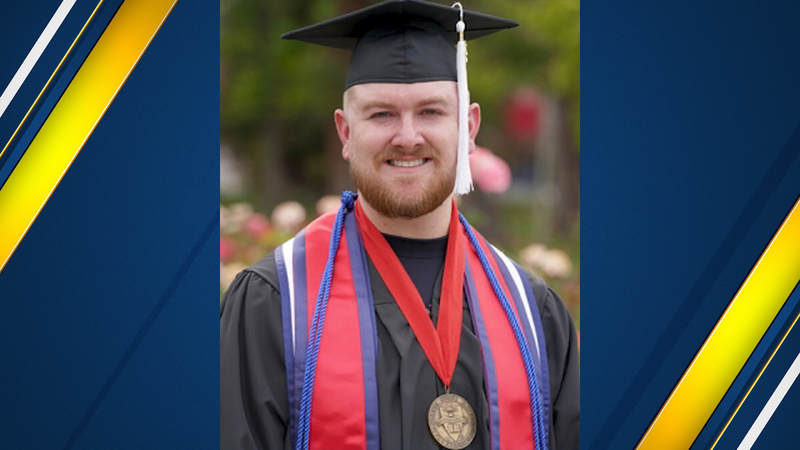 FRESNO, Calif. (KFSN) -- The road to college was not an easy one for Steven Hensley.

"I had just graduated high school and a few months later, I was incarcerated and didn't see the free world again for five and a half years," he said.

The Merced native landed in prison at just 17, but it was during his time behind bars he set his sights on Fresno State.

"Project Rebound sent out these flyers, there's this opportunity for you at Fresno State to go to college and that really helped me know there was something for me," he said.

Hensley didn't waste any time - starting his studies then and there.

But the real work started after his release

Two years later, he started courses at Fresno City College before transferring to Fresno State in 2020.

"Steven was one of those students who was willing to show up on Zoom, turn on a camera and participate," says Associate Professor of Philosophy Carolyn Cussick.

He'll graduate with a bachelor's in philosophy, pre-law, political science and was recently selected as a 2022 Undergraduate Deans' Medalist.

'He works really hard and I don't know how he produces such quality work when he's involved in so many things," Cussick said.

Hensley has plans to pursue law with the goal to help those who've faced similar challenges.