2 killed after crash between Amtrak train, car in southwest Fresno 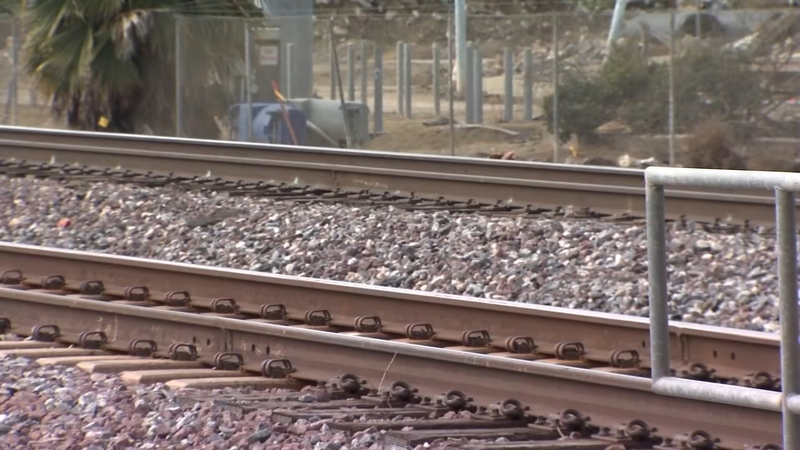 2 killed after crash between Amtrak train, car in SW Fresno

Family and friends too distraught to speak on camera picked up the remnants of the car their loved ones, Noe Maravilla and Juan Ramirez, spent their final moments in.

It was just after 10:30 Monday night when investigators say the men were in a car that drove around railroad crossing arms that were already lowered when they were struck by an Amtrak train.

"Something that was brought up that there were other vehicles before the collision able to succeed around the crossing arms but again, that information was not confirmed," says Fresno police officer Felipe Uribe.

Uribe says the car appeared to have been dragged several hundred yards.

"The conductor did have a visual of the car but it just couldn't stop in time," he said.

According to Operation Lifesaver, a nonprofit dedicated to rail safety and public education, a person or vehicle is struck by a train roughly once every three hours.

They say a typical freight train can take more than a mile to stop even when the emergency brakes are applied.

"If you see the crossing arms down and alarm sounding that there is a train approaching, please wait," Uribe said. "Allow for that train to wait, no matter how slow you think it may be moving. Don't try to go around it."

Based on data from the Federal Railroad administration, California ranked 2nd with 150 highway-rail-grade crossing collisions in 2020. Forty people were killed and 55 were injured.

While train collisions involving vehicles aren't a common occurrence in the city of Fresno, this is the second since December, when 5-year-old Anton Solorio was killed near Christmas Tree Lane.

"The driver of that vehicle tried to clear the tracks," Uribe said. "Unfortunately, the rear of the vehicle did not."

About 26 people were on board the Amtrak train that struck the car, according to the company. They were headed from Oakland to Bakersfield.

No passengers were injured.