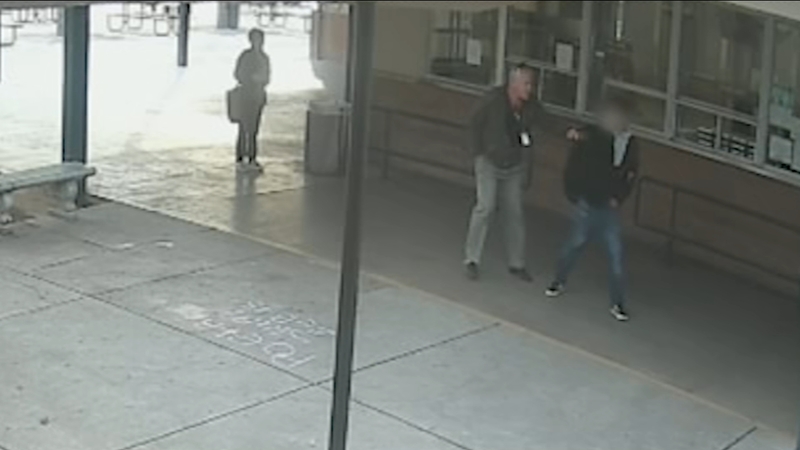 FRESNO, Calif. (KFSN) -- It's a confrontation that's been watched and talked about by parents, teachers and students.

"The district obviously has issues as a result of the January 11th incident, you have a board member going rogue, physically accosting and manhandling a child," Bonakdar said.

Bonakdar represents the student seen in this video, and he claims the district is violating the Brown Act.

The Fresno Unified School District has released video of an altercation between newly elected board member, Maj. Terry Slatic and a student at Bullard High School.

On Jan. 15, the board held a special closed session meeting regarding the incident.

Bonakdar says the board cannot address Trustee Slatic's behavioral issues privately, but must do so publicly.

"I can understand the desire perhaps to deal with it privately, but this is a public entity, it is using public funds, these are elected officials," he said.

"I''m hoping the board will admonish Slatic for the conduct, affirmatively acknowledge that this is out of bounds in a meaningful way and take steps to address it. That's something I would only know if they did in open session," he said.

Bonakdar says many of his questions and complaints can easily be addressed if the district were to include the item in open session.