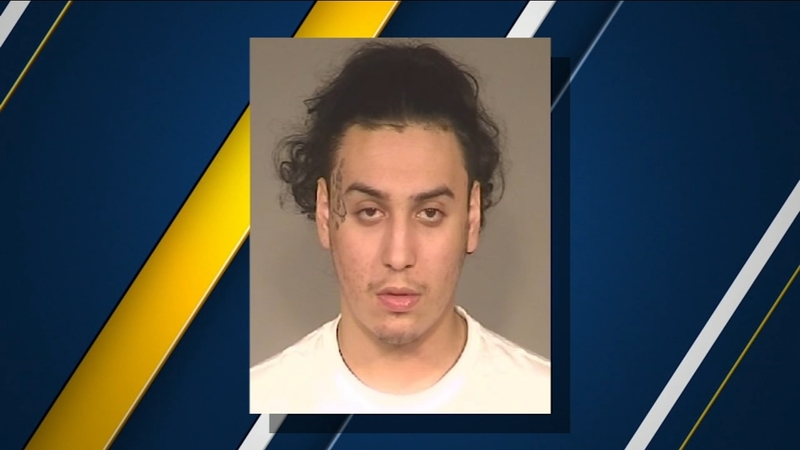 Amber Baker's death dealt a double tragedy to her family. When someone shot and killed her in February 2017, they killed the 20-year-old and ended her six-week pregnancy.

From the beginning of the investigation, police believed 18-year-old Gabriel Garza pulled the trigger.

They arrested him Thursday, but they're not submitting charges to the district attorney's office yet.

"We are now in the process of re-interviewing certain individuals who had information regarding the Amber Baker murder," said Fresno police chief Jerry Dyer. "It is our ultimate goal to charge Gabriel Garza with the murder of Amber Baker."

Police have played their cards close to their vest in the investigation, revealing very few details.

But the shooter killed Baker in the bedroom of her central Fresno apartment, with her 4-month-old in the room. Investigators say her boyfriend, Isaac Razo, was also there, and so was Jonathan Guizar.

They're both in jail on other charges, but Garza disappeared for 20 months, so police are just getting their first chance to interview him.

"Garza may have given an alibi or he may have said one of the other defendants, one of the other two people in that room committed the murder, not me," said legal analyst Tony Capozzi. "Well, police need to follow up with that and make some determinations whether Garza's telling the truth or the other witnesses."

Capozzi says those loose ends getting tied up is probably why police are waiting to submit murder charges.

Normally, a suspect would just get out of jail if the DA doesn't file charges, but Garza already has a pending felony DUI case, and police say they caught him with weapons he's not allowed to have because of his prior criminal history, so they can add a felony case.

He also has a warrant out of Las Vegas.

"The risk is minimal," said Capozzi. "The odds of him getting out are not very strong, not very likely."

Garza appeared in court on the DUI case Tuesday, but a judge wouldn't let us record video of his face.

It looks quite a bit different from the mug shot taken after his arrest Thursday. His left eye is now swollen shut and badly bruised after a fight with another inmate Monday, according to the Fresno County sheriff's office. A public information officer said they can't release with whom Garza got into a fight.