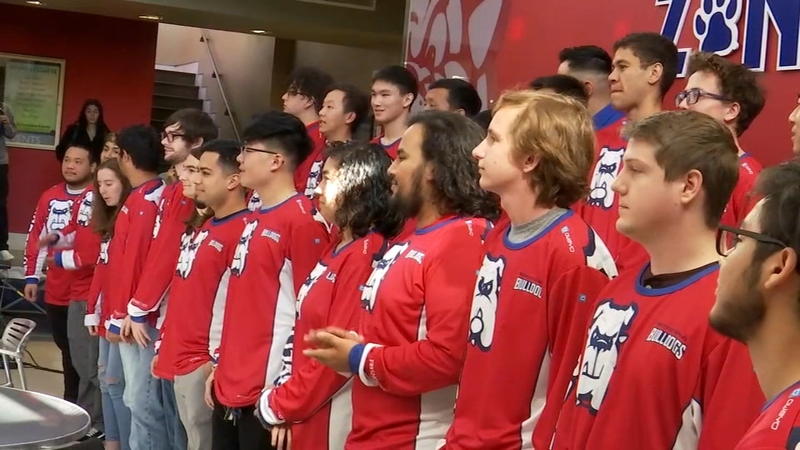 FRESNO, Calif. (KFSN) -- The Bulldogs have launched their new Esports program, which will compete in the Mountain West Division.

Fresno State has two teams that will play League of Legends and Overwatch.

"For someone to be able to display their skills in a different way rather than being super strong or tall is really nice," says Jonathen Marin.

There were 100 students who went through an intense tryout process consisting of three phases. League of Legends and Overwatch only carry five to six players, but each sport has an A and B-team.

"This is a highly talented team when it comes down to it," says Overwatch coach Joshua Tolbert. "We have four players in the top 500 in North America. "We also have two grandmasters."

School president Joseph Castro funds the Esports program. They are actively seeking sponsorships and hope to offer scholarships down the line as the sport continues to grow.

"In the most recent world finals, there were about 65 million viewers worldwide," Martinez said.

"Esports now is more popular than the NBA," Marin said. "More people watched the championship for the League of Legends more than the whole series between the Warriors and Raptors."

The five-week season is underway, and fans can watch the Bulldogs teams compete online.

"There is an app called Twitch, where you can follow wherever you're at in the world, Stewart said. "It will send you a link saying, 'hey, our students are playing right now,' where you can watch them live."

A non-traditional sport is taking over the world one game at a time.