All aboard! Grinning Golden Retriever rides subway in luggage 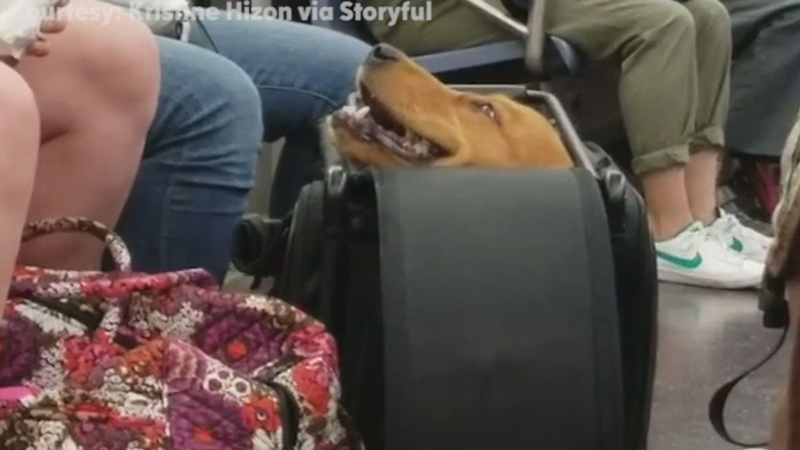 All aboard! Grinning Golden Retriever rides the subway in luggage

NEW YORK, New York -- A Golden Retriever in a carry-on isn't something you'd expect to see while riding the subway. But, that's exactly what rider Kristine Hizon saw while on the subway.

The dog popped its head out of a suitcase while riding on the 7 train. Hizon pulled out her phone and took a video of the furry passenger. She shared the video to the popular Facebook group called "Dogspotting," where it received over 22,000 likes.

The owner of the Golden Retriever seemed to be getting creative with the MTA's rules about dogs riding the subway. The rules state: "No person may bring any animal on or into any conveyance or facility unless enclosed in a container and carried in a manner which would not annoy other passengers."

During the current commuting "Summer of Hell," this smiling doggo may be the light at the end of the tunnels under construction.